A thorough breakdown of the battle between Swift, Scooter Braun and Scott Borchetta - and how Justin Bieber got involved. 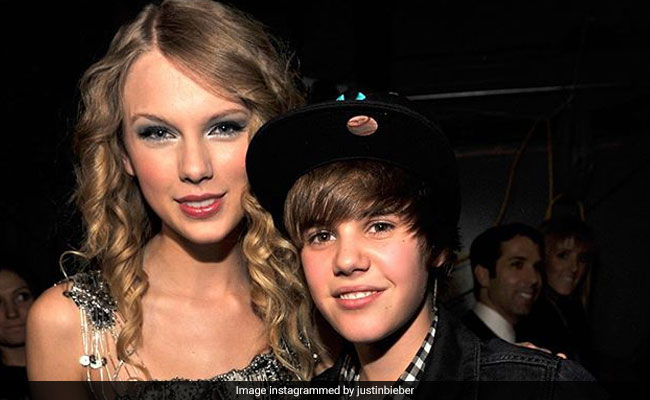 If you took a cursory scroll through Twitter or Instagram on Sunday, it's very likely you saw a controversy erupting that involved Taylor Swift, Justin Bieber, Scooter Braun, a $300 million deal . . . and somehow, Kanye West and Kim Kardashian?

It's a complicated situation, and one that shows no signs of slowing down. Here's everything to know.

A: On Sunday morning, news broke that powerful talent manager Scooter Braun had signed a reported $300 million deal to purchase the Nashville, Tennessee-based Big Machine Label Group, whose current roster includes Florida Georgia Line, Lady Antebellum, Rascal Flatts, Reba McEntire and more. It's also the former home of Taylor Swift. The founder of BMLG is Scott Borchetta, who is famous for signing Swift to his independent label in 2005, when she was an unknown teenage country singer. As Swift's career took off into the stratosphere, she and Borchetta had a very lucrative partnership ("Taylor and I made an aggressive deal on the back end. I've written her some very big checks," he told Rolling Stone in 2009) that lasted until this past November, when Swift's contract expired and she decided to leave Big Machine to sign a deal with Universal Music Group.

Q: How did Swift react?

A: We've never seen a statement from Swift quite like the one she released Sunday. In a scathing Tumblr post, Swift expressed anger and disappointment - more specifically, she was "grossed out" - that Braun was now the owner of Big Machine, and by extension, the owner of the masters (the rights to her songs) from her first six albums. (Last year, Variety reported that Borchetta was "not inclined to surrender what may be the company's biggest single asset: Swift's masters," as Big Machine "derived as much 80% of its revenue from Swift's music in recent years." After negotiations with Big Machine, Swift walked away without her masters and signed with Universal.)

"This is my worst case scenario. This is what happens when you sign a deal at fifteen to someone for whom the term 'loyalty' is clearly just a contractual concept," Swift wrote, adding, "When I left my masters in Scott's hands, I made peace with the fact that eventually he would sell them. Never in my worst nightmares did I imagine the buyer would be Scooter."

Q: Who is Scooter Braun?

A: He's the entertainment mogul and manager best known for discovering Bieber on YouTube years ago and making him a superstar. Now he represents Ariana Grande, Demi Lovato, Carly Rae Jepsen and Hilary Duff, as well as country artists Zac Brown Band and Dan + Shay. (He also used to represent Kanye West, but apparently West didn't love the "manager" label, so now he's just "friend and adviser.") Unlike most music managers who operate behind the scenes, Braun has always stayed in the spotlight with his famous clients, and has more than 3 million followers on Instagram and nearly 4 million on Twitter. He also branched into TV and was the executive producer of CBS' former hit show "Scorpion."

Q: What is Swift's issue with Braun?

A: In her post, Swift said she has been the target of "incessant, manipulative bullying" by Braun. As proof, she pointed to two of his clients: Bieber and West. Swift posted a screenshot of a 2016 Instagram photo from Bieber, which he posted during the worst backlash of her career, shortly after Kim Kardashian leaked the recording of the infamous phone call between her and West. "Taylor swift what up," Bieber captioned the taunting post that pictured a grinning Braun and West. Swift also pointed out that West used her image in a "revenge porn music video" for his song, "Famous," featuring naked celebrity look-alikes.

"Any time Scott Borchetta has heard the words 'Scooter Braun' escape my lips, it was when I was either crying or trying not to. He knew what he was doing; they both did," Swift wrote. "Controlling a woman who didn't want to be associated with them. In perpetuity. That means forever.

"Thankfully, I am now signed to a label that believes I should own anything I create. Thankfully, I left my past in Scott's hands and not my future."

Q: How did Justin Bieber respond?

A: Bieber quickly leaped to the defense of his manager. In an Instagram caption, he apologized for the "hurtful" 2016 photo but added that Braun had nothing to do with that post, and in fact, he and Braun are both big Swift fans. Then Bieber went a step further, saying that Swift was in the wrong because she knew that posting a public takedown would result in her fans bullying Braun. "Neither scooter or i have anything negative to say about you we truly want the best for you. I usually don't rebuttal things like this but when you try and deface someone i loves character thats crossing a line," he concluded. His wife, Hailey Bieber, responded with a supportive comment: "Gentleman."

Q: How did Braun respond?

A: So far, he hasn't. Despite reposting Instagram stories throughout Sunday from people congratulating him on the Big Machine deal, he stayed quiet on Swift. The closest he came to a response was reposting a caption from Allison Kaye, the president of his entertainment company, SB Projects, in which she said it was "absolutely reprehensible" that Swift tried to make the situation a gender issue. Kaye also reposted a searing Instagram statement from Braun's wife, Yael Cohen Braun, in which she defended her husband and wrote to Swift, "How embarrassing this temper tantrum is because you didn't get your own way." Lovato also came to Braun's defense in an Instagram story: "He's a good man. Personally, I'm grateful he came into my life when he did . . . please stop 'dragging' people or bullying them."

Q: Who was defending Swift?

A: Quite a few famous figures: Pop singer Halsey wrote a long statement about how Swift "deserves to own the painstaking labor of her heart" and "It turns my guts that no matter how much power or success a woman has in this life, you are still susceptible to someone coming along and making you feel powerless out of spite." (Swift retweeted the post.) Supermodel Martha Hunt, a longtime Swift friend, tweeted, "Taylor doesn't deserve for someone who has constantly BULLIED her to OWN THE RIGHTS to her blood, sweat + tears." Iggy Azalea also tweeted support.

The most vocal defender was Todrick Hall, the singer and YouTube star who is close friends with Swift and recently co-directed the music video for her new single, "You Need to Calm Down." In a series of posts, Hall - a former Braun client - called Braun "an evil person," among other things, and said he was not a Swift fan.

Q: How did Borchetta respond?

A: One of the surprising elements to the whole blowup is the war of words between Swift and Borchetta; publicly, the two have never had anything but glowing things to say about each other. As Swift has explained when telling her origin story, she passed up major Nashville record labels when she was 15 to go with Borchetta's independent label, which didn't even have a name at the time - because he was the only one who would let her write and perform her own music.

On Sunday night, Borchetta wrote a post on Big Machine Label Group's website titled "So, It's Time For Some Truth. . ." First, he disputed Swift's accusation that she wasn't given a heads up about the sale. Borchetta said he texted Swift on Saturday night and told her the story would be in the Wall Street Journal the next day. And although he admitted it's possible she missed his text, and that maybe her attorneys who learned about the sale on a shareholder call last week didn't tell her, he said, "I truly doubt that she 'woke up to the news when everyone else did.' "

He also included an image of a legal document that he said was BMLG's final offer to Swift before she ended up signing with Universal. "Taylor had every chance in the world to own not just her master recordings, but every video, photograph, everything associated to her career. She chose to leave," he wrote. (In her post, Swift said the offer was that she could "earn" her albums back one by one, for every new album she released on Big Machine.) He also denied that he ever saw Swift in tears when Braun's name was mentioned, and that even though he knew there were "issues" between Swift and Bieber, "Scooter was never anything but positive about Taylor." (He added, perhaps as a nod to Swift's past silence about politics, that Braun asked her to participate in the Parkland March for Our Lives and Ariana Grande's Manchester benefit concert - and she declined both offers.)

Q: Has Swift said anything else?

A: So far, Swift has let her post speak for itself, except that she has been active on Tumblr "liking" fans' posts defending her and criticizing Braun and Borchetta.

"What some people are failing to realize is, if taylor swift, one of the world's biggest superstars, is being forced to deal with these kind of problems, then can you just imagine what's happening to other artists?" one such comment read. "If taylor swift's 'temper tantrum' is going to put a stop to money-hungry men who like to take advantage of people's careers, then... taylor swift, please continue your temper tantrum."

(Except for the headline, this story has not been edited by NDTV staff and is published from a syndicated feed.)
Comments
taylor swiftjustin bieber