The Style OG As Remembered By The Maverick: Bappi Lahiri And Ranveer Singh

"Thank you for the memories," wrote Ranveer Singh 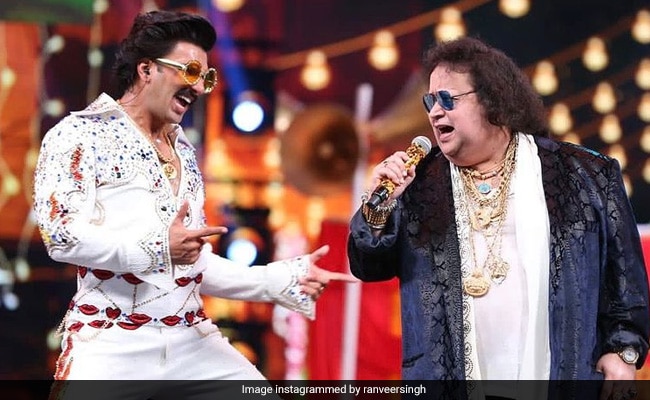 Ranveer Singh and Bappi Lahiri in a throwback. (courtesy: ranveersingh)

On Wednesday, Ranveer Singh shared a series of throwback picture of the composer and he simply added a heartbroken emoji to it.

Bappi Lahiri's music is deeply embedded in our cultural consciousness. During his illustrious career, Bappi Lahiri delivered hits in several films of the late 1970s-80s like Chalte Chalte, Disco Dancer, and Sharaabi, to name a few. His last Bollywood song was titled Bhankas was for the 2020 film Baaghi 3, starring Tiger Shroff and Shraddha Kapoor. The veteran singer also made an appearance during an episode of the last season of the TV reality show Bigg Boss 15, where he arrived as a guest.

Keeping up with the changing times, Bappi Lahiri also sang peppy tracks in the recent years like Bambai Nagariya from Taxi No 9211 (2006), Ooh La La from The Dirty Picture (2011) and Tune Maari Entriyaan from 2014 film Gunday. Other than Hindi cinema, Bappi Lahiri also gave music for films in Bengali, Telugu, Tamil, Kannada and Gujarati cinema. His last Bollywood song titled Bhankas was for the 2020 film Baaghi 3.