"From taking us on bus rides for sports practice and making me take my first acting workshop to so much more...You truly are the one," wrote Varun 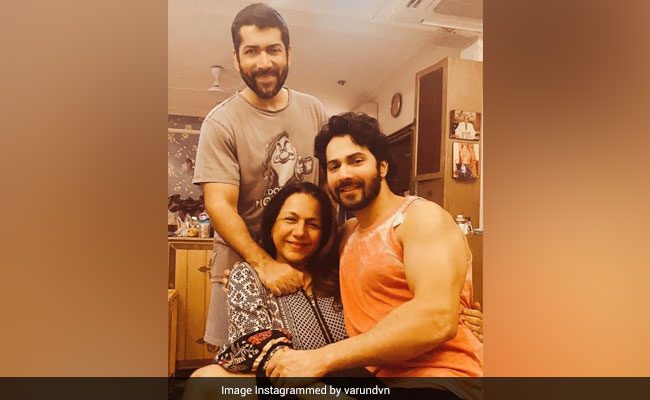 Varun Dhawan, on Friday, wished his mom Karuna Dhawan in the sweetest and the most special way possible on social media. The actor shared a family photograph on his Instagram profile and accompanied it with an appreciation note for his mother, which will melt your heart. In his post, Varun called his mother the "strongest person" he has ever known and wrote: "Happy birthday, ma. The strongest person I know. From making furniture, being a nursery teacher, taking us on bus rides for sports practice and making me take my first acting workshop to so much more...You truly are the one." In the photograph, Varun can be seen happily posing for the camera with his mom and brother Rohit. Varun is the son of filmmaker David Dhawan and Karuna.

Check out the actor's birthday post for his mom here:

Happy bday ma. The strongest person I know From making furniture,being a nursery teacher, taking us on bus rides for sports practise and making me take my first acting workshop and so much more u truly are the one

Earlier in the day, Varun Dhawan shared glimpses from his mom's birthday celebrations on his Instagram stories. He posted a video, in which Karuna Dhawan can be seen blowing out her birthday candles with David Dhawan. On a separate story, he posted a photo of himself and his mom and wrote "Happy birthday."

Here are the screenshots of Varun Dhawan's Instagram stories: 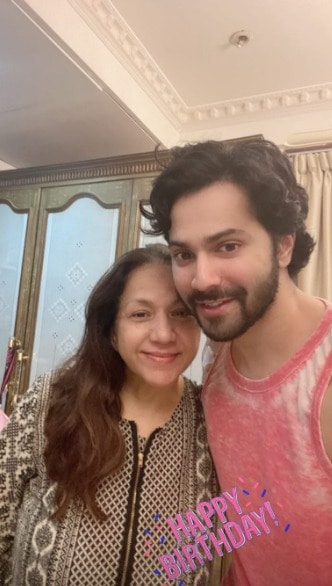 Varun Dhawan was last seen in Street Dancer 3D, in which he co-starred with Shraddha Kapoor. The film was directed by Remo D'Souza. The actor's upcoming film is his father's Coolie No.1. He will share screen space with Sara Ali Khan in the film, which is a remake of David Dhawan's 1995 film of the same name. He recently judged stay-home online talent hunt show Entertainer No 1, which concluded last week.