The Sky Is Pink box office collection: The critical acclaim did not translate into box office numbers for the film. 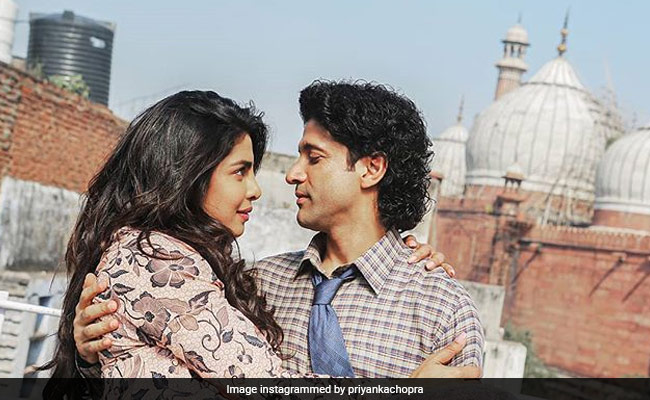 The Sky Is Pink box office collection: A still from the film. (Image courtesy: priyankachopra)

The Sky Is Pink, headlined by Priyanka Chopra and Farhan Akhtar, opened to great reviews on Friday, however, the critical acclaim did not translate into box office numbers. As per a Box Office India report, The Sky Is Pink collected a mere Rs 2.50 crore on the first day of its release while last week's films Bollywood's War and Hollywood's Joker remained steady at the ticket window. "The Sky Is Pink had a poor opening day of Rs 2.50 crore nett approximately and the bigger problem for the film was that it did not grow much in the evening despite being a film for the evening audience in metro multiplexes. The opening is far lower than Jai Gangaajal which was Priyanka Chopra's last Hindi film, which released in 2016," stated Box Office India.

The Sky Is Pink, directed by Shonali Bose, is based on the real life story of motivational speaker Aisha Chaudhary, whose life was cut short due to pulmonary fibrosis. In the film, Zaira Wasim plays Aisha while Priyanka and Farhan, play the roles of Aisha's parents Aditi and Niren. The film is the love story of Aditi And Niren Chaudhary, as narrated by their daughter Aisha, who is dying due to a Busulfan Lung Damage.

Watch the trailer of The Sky Is Pink:

Meanwhile, War, starring Hrithik Roshan and Tiger Shroff, continued its box office trend and it collected over Rs 7 crore on Friday, bringing the film's total to Rs 245.95 crore, trade analyst Taran Adarsh tweeted on Saturday. Taran Adarsh also predicted that the box office dominance of War will continue till Diwali later this month and that the film is 'marching victoriously towards Rs 300 crore."

Are you watching The Sky Is Pink this weekend?