War box office collection: The film is expected to perform exceptionally well over the weekend. 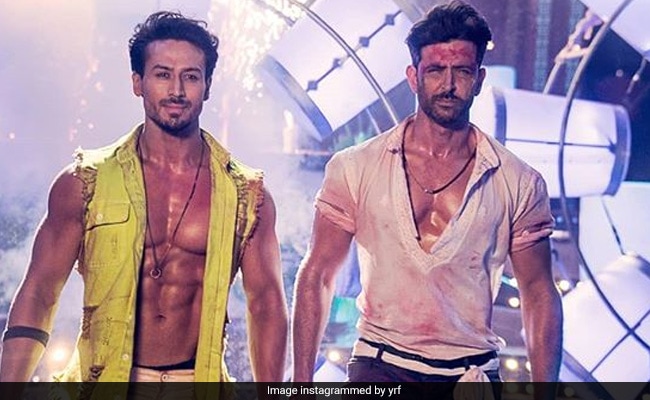 War box office collection: Hrithik and Tiger in a still from the film. (Image courtesy: yrf)

Hrithik Roshan and Tiger Shroff's latest film War is 'marching victoriously towards Rs 300 crore,' tweeted trade analyst Taran Adarsh. The box office dominance of War is expected to continue till Diwali, he added. 10 days after its release the Siddharth Anand-directed action film has collected Rs 245.95 crore, of which the Hindi version made Rs 235.60 crore. "War continues its dominance... Will continue to rule box office till Diwali... Expect solid numbers over the weekend... Marching victoriously towards Rs 300 crore," tweeted Taran Adarsh along with the day-wise statistics of the film's business till Friday.

On its way to Rs 245 crore, War made several box office records. It now holds the highest opening day record beating Aamir Khan's 2018 film Thugs Of Hindostan. It is also the fastest Bollywood film to hit the Rs 200 crore jackpot in 2019. The Yash Raj Films-backed project is definitely rolling in crores. Speaking of the film's success, Hrithik Roshan earlier told IANS, "I felt more encouraged after the success. It is an important success for me. My instincts were very strong and if it would have failed, then I would have been affected. The most important thing for us in creative life is to be able to trust our instincts and if your instincts gets reaffirmed and gets strengthened, it empowers you a lot."

War opened in theatres along with Chiranjeevi's Sye Raa Narasimha Reddy and Hollywood biggie Joker. This week's new film The Sky Is Pink, headlined by Priyanka Chopra, also did not dampen the box office trend of War.