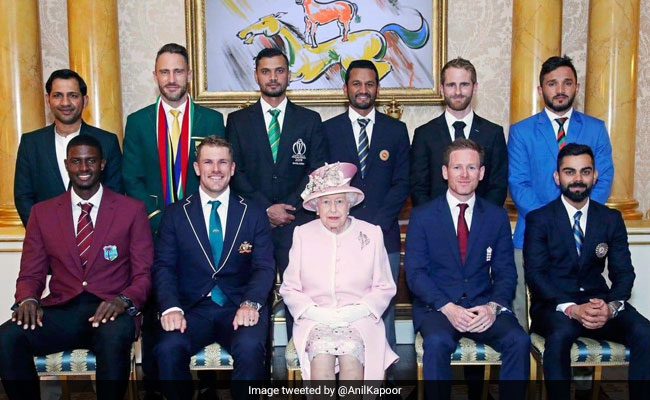 Anil Kapoor was elated to see his Welcome character Majnu Bhai's artwork at Queen Elizabeth II's residence. Wait... He was only joking. In case you are still wondering what we are talking about, we are referring to the actor's latest tweet. Anil Kapoor chanced upon an edited picture of the Queen along with the captains of the World Cup 2019 participating teams, which also featured Majnu Bhai's artwork. The original painting in the picture was replaced by a morphed painting by Majnu Bhai. On Friday, Anil Kapoor, shared the meme of sorts on his Twiiter handle and he jokingly wrote: "Majnu Bhai's art has travelled far and wide. This is literally priceless."

For those who don't know, Majnu bhai, is a popular character from the Anees Bazmee-directed 2007 film Welcome. Played by Anil Kapoor, he was an underworld don who aspired to be a painter. The painting that we see in the aforementioned post is one of those painted by Anil Kapoor's character in the movie.

Here's the original picture, which was shared by the official Twitter account of the Royal family and later retweeted by Indian skipper Virat Kohli on his Twitter handle. The photograph was taken ahead of the World Cup tournament at the Buckingham Palace. The picture featured the queen along with the captains of the participating teams.

Take a look at the original picture here:

This afternoon, The Queen and The Duke of Sussex met @cricketworldcup team captains at Buckingham Palace ahead of the start of the tournament tomorrow. pic.twitter.com/9zo05CoFbS

On the work front, Anil Kapoor was last seen in Indra Kumar's Total Dhamaal. He will next be seen in Karan Johar's Takht.