The live-action movie of Disney opened across 2,140 screens in India 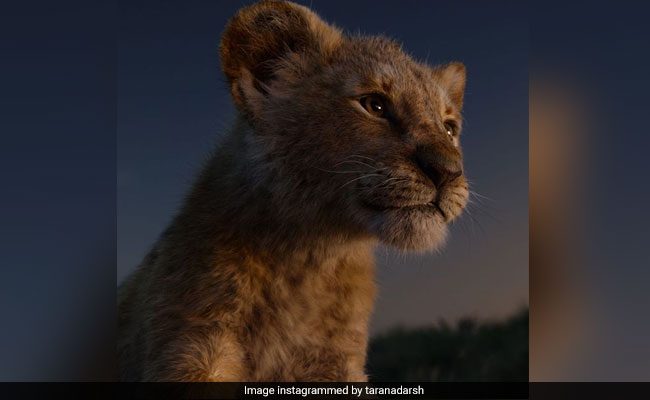 A still from the film. (Image courtesy: taranadarsh)

In a separate tweet, Taran Adarsh stated that The Lion King has made its place in top 3 "highest grossing" Hollywood films in India in 2019. Avengers: Endgame still holds the first place while The LionKing is followed by Captain Marvel.

In his review for NDTV, film critic Saibal Chatterjee gave the Hindi rendition of The Lion King a 3 star out of four and wrote: "Watch The Lion King for the way it looks - there is much here to keep you hooked - if not for what it serves up by way of substance."

The Lion King is a remake of the 1994 animated Disney classic of the same name. Directed by Jon Favreau, the Hindi version of the film has voice-overs by Shah Rukh Khan, his son Aryan, Ashish Vidyarthy, Sanjay Mishra, Shreyas Talpade and Shernaz Patel among others.