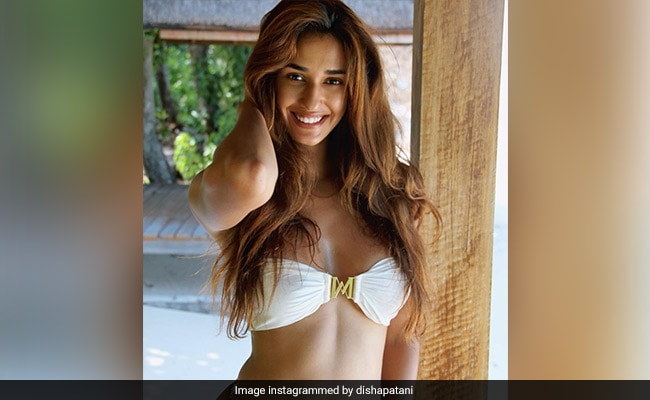 The Internet is smitten by Disha Patani's New Year greeting and it's easy to see why. The actress, who is currently in Maldives, has been delighting her fans with stunning posts - one at a time. Disha Patrani wished her Instafam with a stunning picture from the island nation. In the picture, the Bharat actress can be seen dressed in a white bikini of sorts and she looked simply gorgeous. Disha accentuated her look with a bright ear-to-ear grin. She can be seen sporting a no-makeup look in the picture. Disha captioned the post: "Happy new year everyone. God bless all." Her post got a whole lot of love from fans. "Goddess," wrote one fan. "Lovely Disha," read another comment. Heart emojis seemed to be a recurring phenomenon in the comments section of her post.

Earlier this week, Disha shared a picture of herself from her Maldives diaries. Dressed in a yellow bikini, she could be seen chilling by the blue waters of Maldives. "Aquaman feels," she captioned her post. See the picture here:

The actress was last seen in Mohit Suri's action-thriller Malang, co-starring Anil Kapoor, Aditya Roy Kapur and Kunal Kemmu. She will next be seen in Prabhu Deva's Radhe: Your Most Wanted Bhai, which will be her second project with Salman Khan. The duo have earlier co-starred in the 2019 film Bharat, which also featured Katrina Kaif and Tabu. Meanwhile, Radhe: Your Most Wanted Bhai will also star Jackie Shroff and Randeep Hooda in pivotal roles.