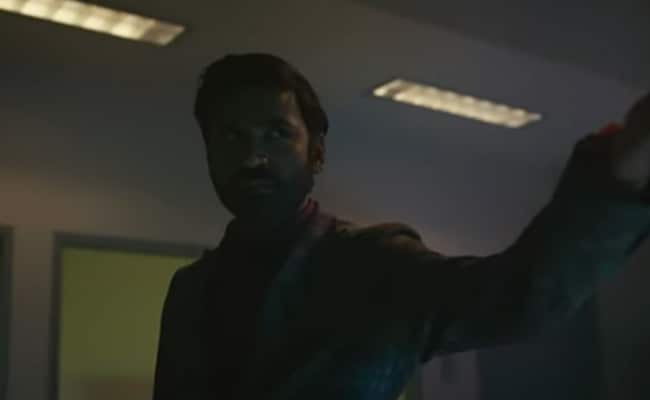 A still from The Gray Man trailer. (courtesy: Netflix)

The trailer of The Gray Man has released and even though Dhanush is in it for only a second or so, it's thrilling to see him in his first Hollywood project and his name in the credits attached. The Gray Man, directed by the Russo Brothers, boasts a stacked cast - Ryan Gosling plays Court Gentry, codenamed Sierra Six, a black ops agent who goes on the run after discovering incriminating secrets about his agency; his nemesis is Lloyd Hansen, played by Chris Evans, an unhinged fellow mercenary who is tasked with bringing "the infamous Sierra Six" down. Most of the screen time is devoted to Ryan and Chris, not surprisingly, but several other famous faces appear as well - not least is Dhanush, an assassin who goes after Sierra Six and his allies after Lloyd puts out a hit on him. Dhanush's fight scene is all too brief but he gets in a kick like he means business and there's a shot of him full frame beckoning at his opponent.

Dhanush shared the trailer on his Instagram handle and wrote, "The Gray Man trailer." Soon after he shared the post, his industry friends and fans flooded the comment section. Bhumi Pednekar dropped a clapping emoticon while a fan commented, "Proud to be your Fan," followed by a heart emoticon.

Earlier, Dhanush dropped his first look from the film on his Instagram handle and wrote, "The Gray Man."

Twitter is equal parts thrilled and disappointed by Dhanush's brief presence in the trailer.

Damn...seeing #Dhanush and his name in the #TheGreyMan Trailer gave me goosebumps... phew....those eyes #Superstar

The Gray Man will hit the theatres on July  15, followed by its release on Netflix on July 22.