The Ghazi Attack: Rana Daggubati Was 'Gasping For Sunlight' By The End Of Shoot 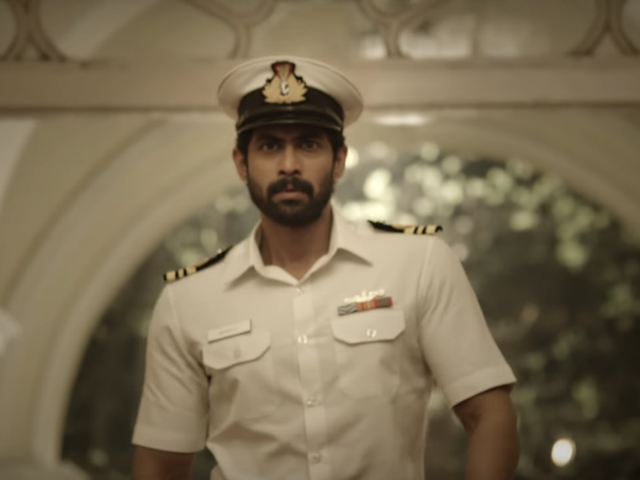 Rana Daggubati will be playing Lt. Commander Arujn Varma in The Ghazi Attack.

New Delhi: Rana Daggubati who plays the main antagonist in Baahubali: The Beginning is currently busy with the promotion of his upcoming film The Ghazi Attack, directed by Sankalp Reddy. The actor told news agency IANS that he missed the sunlight while shooting 18 days non-stop underwater for his upcoming film. "At the end of the 18th day, I was gasping for sunlight. When you haven't felt the sun on your face and you've been breathing recycled air for months, getting on the surface of water and on land is like freedom at last. How I missed the beautiful sunlight," Rana said. The film is based on the mysterious sinking of PNS Ghazi submarine during 1971 Indo-Pakistan war.

Rana Daggubati who plays Lt.Commander Arujn Varma in The Ghazi Attack, recalled his experience during the underwater shoot. The actor told IANS: "The naval sailors possess tremendous amount of grit as they live life without surfacing from underwater for days altogether, breathing the same air virtually every day."

The Ghazi Attack is an underwater story of men aboard Indian submarine S-21 who destroyed Pakistani submarine PNS Ghazi when it ventured into the Indian waters to destroy INS Vikrant.

Promoted
Listen to the latest songs, only on JioSaavn.com
The film is Sankalp Reddy's debut in direction and is partially based on the book penned by him, Blue Fish. The Ghazi Attack stars Taapsee Pannu, Atul Kulkarni and Kay Kay Menon in the lead roles. Late actor Om Puri and Nassar will also feature in pivotal roles. The movie is set to hit the theatres on February 17.

Happy Birthday, Dhanush: 5 Things Every Fan Should Know About The Superstar