Cannes 2016: These Films Are Competing For the Top Prize 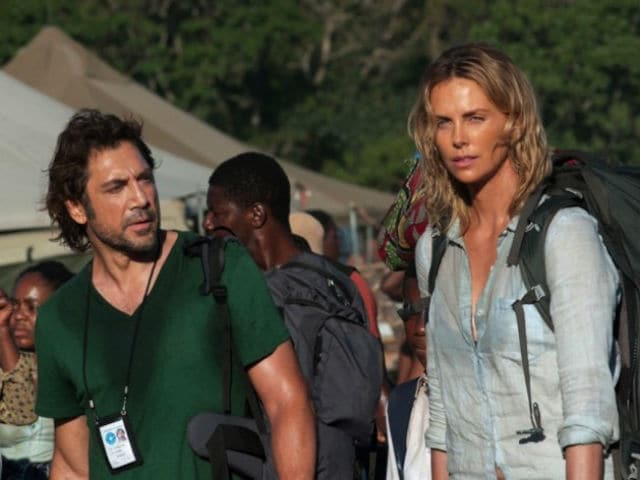 A still from The Last Face.

France: The world's most important and most glamorous film festival opens in Cannes on the French Riviera on May 11. These are the 21 films competing for its top prize, the Palme d'Or:

American actor-director Sean Penn is back in dangerous territory, his favourite habitat, with this fiery love story set in war-torn Liberia between the boss of an aid organisation played by Charlize Theron and a doctor (Javier Bardem).

Spain's Pedro All About My Mother Almodovar continues his obsession with all things maternal in this full on adaptation of three short stories by the Canadian writer Alice Munro about a mother's search for her daughter who disappears for a decade.

It's Only the End of the World

French Canadian wonderkid Xavier Dolan conducts an all-star cast including Marion Cotillard, Vincent Cassel and Lea Seydoux in this drama about a writer, who returns home to tell his family he is dying.

The Iranian master Asghar Farhadi, who won an Oscar for A Separation, returns to his theatrical roots in this story of two actors whose relationship turns sour during their performance of Arthur Miller's Death of a Salesman.

An old man plays pranks on his adult daughter who he feels, lacks a sense of humour in German director Maren Ade's much-anticipated new film seven years after she won the Jury Grand Prix at Berlin for Everyone Else.

Jeff Nichols tells the story of a mixed race couple confronting racism in 1950s Virginia, based on the notorious case of Mildred and Richard Loving who were sentenced to a year in jail for marrying.

US director Jim Jarmusch, whose new documentary about his friend Iggy Pop will also be screened at Cannes, is apparently back to his downbeat best with Adam Driver playing a bus driver poet in the New Jersey city of Paterson.

Until he hit comedy gold with Looking for Eric, no one could have accused the veteran British director Ken Loach of playing for laughs. But he has cast comedian Dave Johns in his latest gritty drama about welfare cuts hurting vulnerable families.

A ghost story set in the Paris fashion world with Twilight superstar Kristen Stewart teaming up again with France's Olivier Assayas after they scored a hit with their last English-language film, Sils Maria.

To say that French director Bruno Dumont divides critics is an understatement, but Cannes clearly loves him particularly after the success of his oddball television series Li'l Quinquin. He returns to the north French coast with this period drama about the mysterious disappearances of tourists starring Juliette Binoche and Valeria Bruni-Tedeschi, the sister of former French first lady, Carla Bruni.

Originally called Family Photos, the latest film from the Romanian New Wave star Cristian Mungiu is apparently a semi-autobiographical tale of fatherhood. He won the Palme d'Or in 2007 with the harrowing abortion drama Four Months, Three Weeks and Two Days.

Uplifting crowd-pleasers have never been the Belgian Dardenne brothers' bag. And their latest about a young doctor who unwittingly turns a dying girl from her door does not look like a barrel of laughs.

However, they have won the top prize twice. So, will this be their hattrick?

It has taken him two decades to recover from Showgirls, but Dutch director Paul Verhoeven is back in the arthouse fold with French actress Isabelle Huppert playing a businesswoman attacked in her home.

The second Romanian film in the running for the Palme d'Or is a family drama about neurologist coming to terms with his dead father from director Cristi Puiu, who made a big impact with his 2005 tragicomic The Death of Mr Lazarescu.

A vicious beauty cuts a bloody path through the Los Angeles fashion and celebrity scene, there is even talk of cannibalism in this supermodel horror flick from the hand of Denmark's Nicolas Winding Refn, best known for Drive.

From the Land of the Moon

In her second film in competition, Marion Cotillard stars as a woman caught in an unhappy marriage who falls in love again in French director Nicole Garcia's film set just after World War II.

A small Manila shopkeeper who is caught selling a small amount of drugs is the heroine of the prolific Filipino director Brillante Mendoza's story of a family rallying against corrupt police.

French director Alain Guiraudie's new film about a film director adrift "in the heart of France" may scream navel gazing. But if his thriller Stranger by the Lake is anything to go by, expect some strange twists along the way.

The only Latin American entry by Brazilian film-maker Kleber Mendonca Filho is as yet something of a mystery. Set in an apartment block, it stars telenovela superstar Sonia Braga.