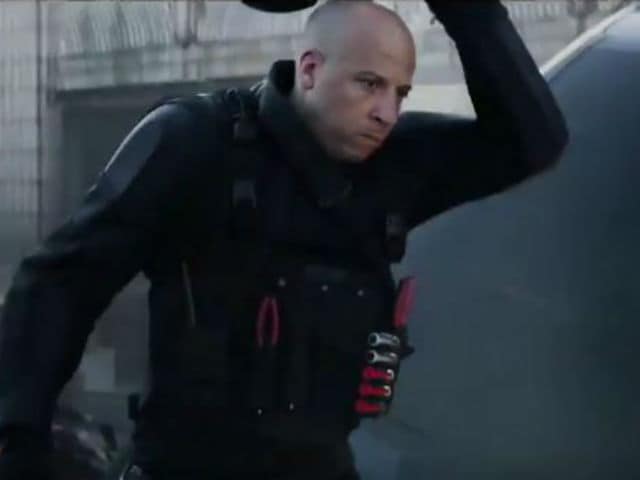 Vin Diesel in The Fate Of The Furious

New Delhi: Believe it or not but the "The game has changed now." The new trailer of eighth film in the Fast and Furious series titled, The Fate Of The Furious, released on social media on Thursday and went viral almost immediately. The new trailer of Universal's upcoming eighth installment promises to be different from the previous films, as Vin Diesel's character Dominic Toretto turns against his friends and partners with Cipher (Charlize Theron). "This crew is about family, but the game has changed now," Dwayne Johnson, who plays Hobbs, declares to his team in the trailer. "Dominic Toretto just went rogue," Vin as Dom tells Letty (Michelle Rodriguez) and gets a reply "You gonna turn your back on family."

Vin Diesel's reprised role is so shocking that even Cipher said "One thing I can guarantee, no one is ready for this." Also, this year Fast and Furious will be taking technology to an all new level as one can see Cipher digitally controlling every car on the road. To save Dom and stop Cipher, the family gets on another mission and unites with former enemy, Deckard Shaw (Jason Statham).

In the 45-second clip, there is explosions, melodrama, intense fight scenes, and of course, a lot of cars going really fast.

Watch the trailer of Fate Of The Furious:

Also, this will be the first full movie in the franchise without actor Paul Walker, who died during the filming of Furious 7.