"We are still trying our best to release Radhe - Your Most Wanted Bhai on Eid," said Salman Khan 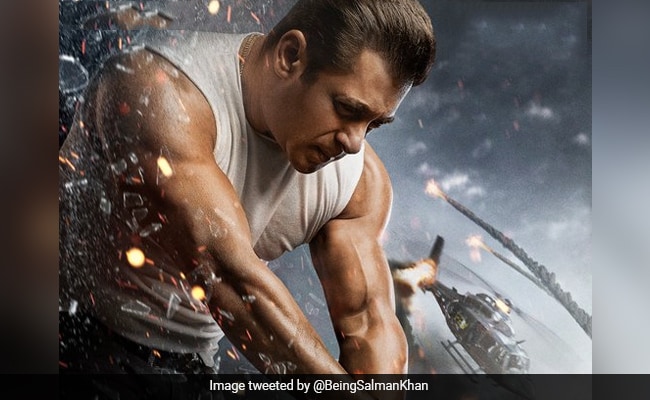 Salman Khan's fans might have to wait a little longer to catch his film Radhe: Your Most Wanted Bhai in theatres, given the situation of COVID-19 cases surging across the country, the rising number in the state of Maharashtra and the imposition of lockdown. Over the weekend, the Maharashtra government announced new restrictions including a night curfew in the state and a "strict lockdown" on weekends. Maharashtra is the worst-hit state and it reported 59,907 new COVID-19 cases on Thursday. Salman, during an interview with veteran actor Kabir Bedi, shared the status of his film Radhe and said, "We are still trying our best to release Radhe - Your Most Wanted Bhai on Eid. If this lockdown continues, then we might have to push it to next Eid."

The actor added that if cases reduce and if people maintain social distancing, wear masks and take care of themselves, his film might be able to release in theatres on its scheduled date. "If cases reduce, if people take care of themselves, wear masks, maintain social distance and don't break these rules put by the government, I think this (the second wave) would die off very soon. And if it does, then we'll have Radhe - Your Most Wanted Bhai in theatres on Eid,"said Salman Khan.

On a serious note, the actor urged his fans to abide by the rules and asked them to take all the necessary precautions. "However, if the citizens don't listen and the cases of coronavirus continue to grow, then it'll pose a problem not only to the theatre owners but also to the daily wage workers. It'll prove to be bad just like it was during the last lockdown. So everyone should take the second wave very, very seriously and ensure that we kill this coronavirus and that we move on in our lives before it kills us all," he said. Salman Khan signed off saying, "By the grace of god, film acchi bani hai. Chal bhi jaayegi. But what's important is that the people should not get the virus."

In January this year, Salman Khan revealed that the film will have a theatrical release on Eid this year. In his statement, Salman Khan wrote: "Sorry it has taken me a long time to revert to all the theatre owners. It's a big decision to make during these times. I understand the financial problems that theatre owners/exhibitors are going through and I would like to help them by releasing Radhe in theatres. In return, I would expect them to take utmost amount of care and precautions for the audience who would come to the theatre to watch Radhe. The commitment was of Eid and it will be Eid 2021."

Other than Salman Khan, Radhe also features his Bharat co-stars Disha Patani and Jackie Shroff. The film also stars Randeep Hooda, with whom Salman has shared screen space in films like Kick and Sultan. The film has been directed by Prabhu Deva.