The Extraordinary Journey Of The Fakir Review: Dhanush Works His Magic

The Extraordinary Journey Of The Fakir Review:The film is as far removed from the professional universe of Dhanush but he gets his act right. 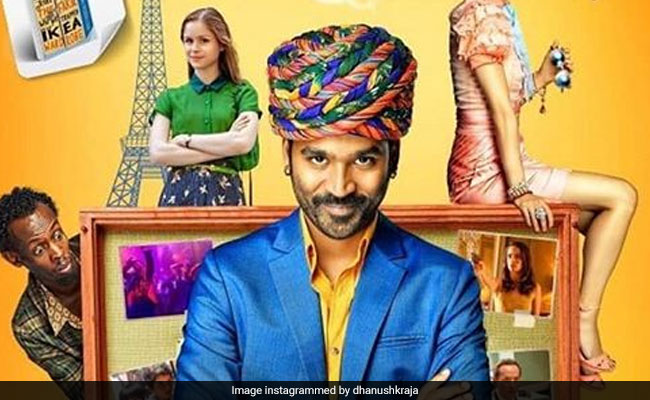 The Extraordinary Journey Of The Fakir Review: Dhanush in a film still. (Image courtesy: dhanushkraja)

There is little that could be regarded as exceptional in The Extraordinary Journey Of The Fakir, directed by Quebecois filmmaker Ken Scott (Sticky Fingers, Starbuck). Yet, notwithstanding the middling quality of the entertainment it delivers, the film does contain flashes of inspiration that tend to make up for what it lacks in terms of depth and insight.

The film is as far removed from the professional universe of lead actor Dhanush as any he has ever been a part of, but he gets his act right without breaking a sweat. Getting into the skin of the character with ease and confidence, he plays a charming charlatan who has to pull out many a survival trick from his bag in order to get by in this modern-day fable about poverty, self-belief, zest for life, wanderlust and, above all, the regenerative power of stories. 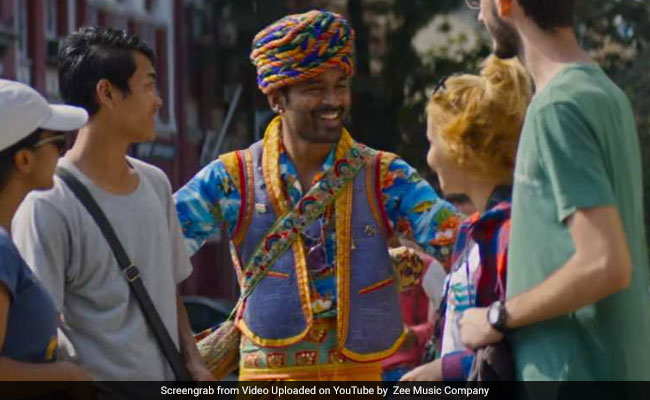 The feel-good tale eschews the air of gloom that inevitably, and wholly understandably, informs any cinematic essay centred on the widespread migrant crisis that the world faces today. It offers a comedic take on a solemn theme: men and women displaced by war and forced to seek, at great risk to life and limb, safety among strangers. The fact that the film has opened across India the day after World Refugee Day (June 20) isn't insignificant.

The Extraordinary Journey Of The Fakir isn't without its share of missteps, but its broad sweeps of optimism and positivity salvage this uneven exercise, a voyage without a map through, as the movie star character played in the film by Berenice Bejo aptly puts it, "a constellation of hopes and dreams". 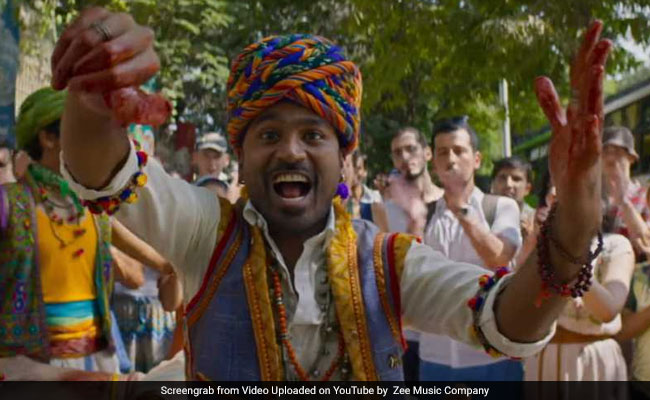 The film articulates empathy with the plight of immigrants worldwide who, pretty much like the irrepressible protagonist, Ajatashatru "Aja" Lavash Patel (Dhanush), make leaps of faith driven by a combination of desperation and derring-do in search of happiness and a better life.

The film is based on the French bestseller The Extraordinary Journey Of The Fakir Who Got Trapped in an Ikea Wardrobe, written by Romain Puertolas (who is also one of the two screenwriters). The adaptation, which relocates the hero from a Rajasthan village to a Mumbai slum and changes his family name from Rathod to Patel, celebrates love, hope and humanity in a world torn by strife, where dreams and stories abound despite the constant shrinking of space for things that are bright and hopeful. 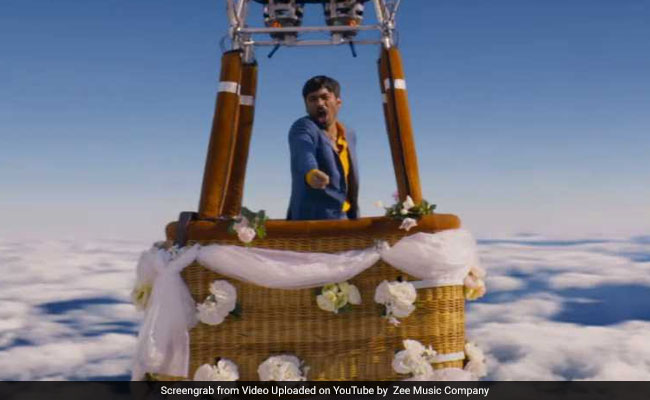 One key message that the film transmits, as much through its picaresque plot as through its global cast of Indian, French, American, English, Canadian and African actors, is that deracination, no matter how traumatic it might be, isn't the end of a journey, it contains the promise of a beginning despite the many dangers that attend it. Those who personally suffer the fate - the plot has an illegal immigrant (played by Somali-American actor Barkhad Abdi) who embodies the pain of being a refugee on the run - will certainly not see the situation with the same twinkling eyes, but like Puertolas' novel, Scott's film sees the funnier side of a culture clash and Europe's erratic immigration policies.

One of the funniest passages in the film revolves around a British officer (Ben Miller) who breaks into song and dance to drive home a directive to the hero and other asylum seekers to leave England and head to Spain. Another musical interlude that livens up the Fakir's tale features Bejo shaking a leg in the company of the energetic Dhanush and making a fair fist of it. The film harps on the breaking down of borders of geography and of the mind and nothing does that more effectively than the lively and lovely Madari song. 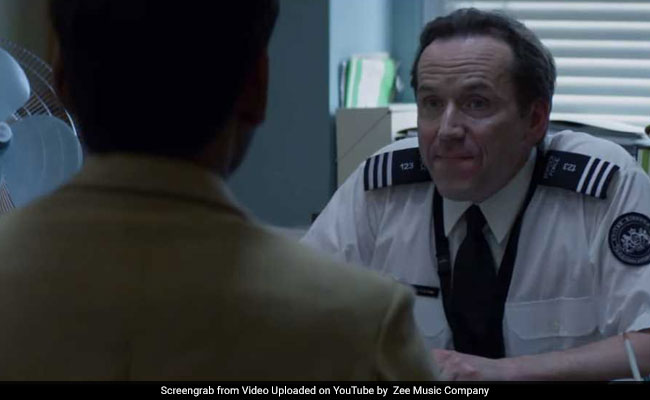 Accept The Extraordinary Journey Of The Fakir for what it is - an unassuming, cheerful and light-hearted account of a Mumbai man who works his magic on the world as he sets out in quest of his Frenchman father and a life away from the slums that he was born in - and you might find it worth your while to go along with its simplistic flow.

The journey of the hero, which begins and ends in Mumbai, takes him across several locations - France, the UK, Italy, Spain and Libya - where he runs into cops, conmen, a sprightly diva and the promise of true love in the form of Marie (Erin Moriarty), an American corporate exec in Paris.

From the moment he lands in Paris with his mother's ashes and a fake 100 euro note, chance plays a big part in mishap-prone Aja's progress, not the least when he encounters a smooth-talking cabbie Gustave (Gerard Jugnot, delightful) who tries to take him for a ride but instead gets shortchanged himself. The yarn that Aja spins is his own narration to three boys who have been sentenced to four years in a juvenile detention centre. It is never quite clear whether he is making up the facts as he is going along or he was actually a part of all the fantastical things that happened to him. 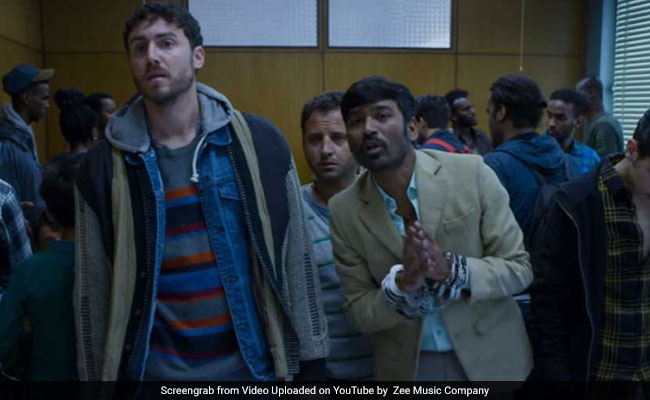 Aja lives by his wits and weaves his way out of trouble when he lands in the wrong places, most notably when he falls asleep in a wardrobe and ends up in a Paris furniture superstore. He courts more trouble along the way, including ending up in a hot air balloon that runs out of gas, adding up to a non-stop rigmarole that is engaging, if not strikingly illuminating.

They do serve the purpose of leading Aja to the realization that you've got to make the most of the hand that life has dealt you and that happiness is not about making money but in spreading joy with whatever you can give.

Dhanush brings an easy amiability to bear upon the likeable character who resorts to both harmless lies and a bit of life-saving deceit when the tyranny of chance unsettles him. His skills as a magician and the fortitude picked up from hard knocks of life stands the quick-thinking, enterprising young man in good stead as the cross-Continent adventure heats up and places him at odds with people both friendly and hostile. In the end, Dhanush's Aja makes you believe in the essential goodness of mankind.

The Extraordinary Journey Of The Fakirdhanush