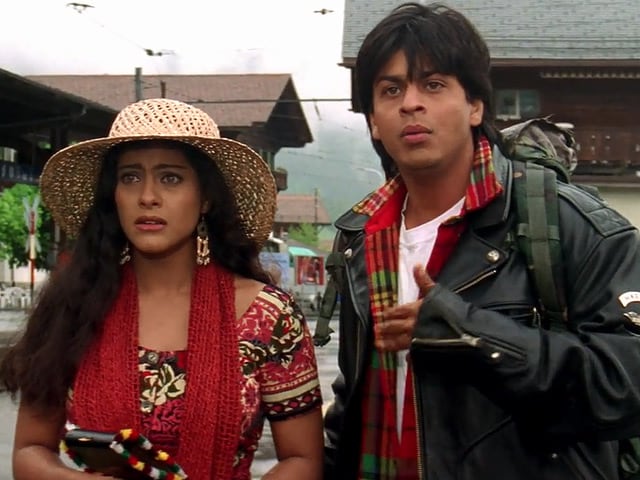 A statement from DDLJ makers Yash Raj Films read: "Post the 1000 week celebrations last December, the theatre had requested YRF to prepone the DDLJ morning show to 9:15 AM instead of 11:30 AM as it was becoming difficult for the cinema to accommodate multiple new releases every week with just 3 regular shows. Of course YRF obliged from Feb 13 2015. However, while the theatre management was happy to continue the film for as long as it continued to draw in the audiences, owing to logistical issues of their staff having to work inordinately long hours to accommodate an additional early morning show, it was mutually decided to end the films historic & record breaking run. After playing for 1009 uninterrupted weeks, the films unprecedented performance has come to an end at the Maratha Mandir. The film played out in the 9:15 AM show today for the last time at the theatre.

Maratha Mandir managing director Manoj Desai, however, told news agency IANS: "We have 1105 seats in one screen and out of which hardly 100 to 200 seats used to get occupied so it doesn't make sense to run it any longer."

The tickets for DDLJ were sold at Rs 20, Rs 17 and Rs 15 - much cheaper than the prices charged by multiplexes.

'Maratha Mandir' and 'Evergreen DDLJ' are currently trending on Twitter.

On December 12, 2014, DDLJ completed 1000 weeks at the cinema. In October last year, reports suggested the film would be pulled from the single screen theatre after celebrating the 1000-week milestone but Mr Desai told IANS then, "We are not planning to remove DDLJ show. It was a false report. We have a DDLJ show daily at 11.30 am and on weekdays there is 40 to 50 per cent occupancy and on the weekend it runs houseful." (Also Read: Breathe. Dilwale Dulhania Le Jayenge Will Still Show at Maratha Mandir)

Promoted
Listen to the latest songs, only on JioSaavn.com
He had also said, "Aditya Chopra and I will continue to show the film in Maratha Mandir as long as we want to."

Dilwale Duhania Le Jayenge was Aditya Chopra's first film as director. It starred Shah Rukh Khan and Kajol, a blockbuster screen jodi who appeared opposite each other in several subsequent films and are rumoured to be co-starring again in a Rohit Shetty-directed movie.