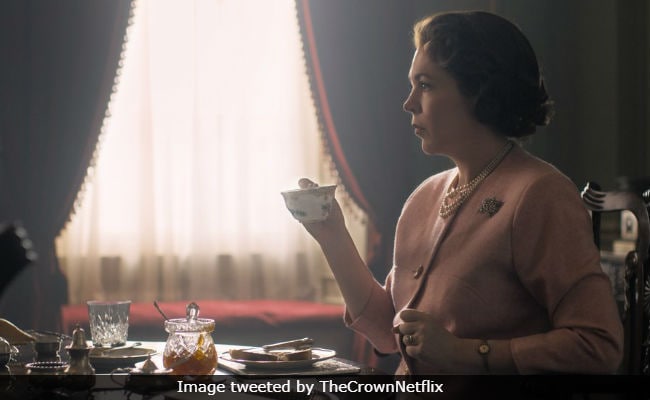 Actress Olivia Colman transformed into Queen Elizabeth II for the third season of Netflix's popular web-series The Crown. Olivia looks magnificent in a new still from the show, which has been shared on the show's official Twitter handle with one word caption: "Patience." The third season of the show reportedly focuses on Prince Charles relationship with Camilla before he married Princess Diana and also Princess Margaret and Lord Snowdon's disintegrating relationship. Therefore, "patience" aptly describes the mood of the new still, which found its way on Monday's trends list. Olivia Colman takes over from actress Claire Foy, who played Queen Elizabeth II for the first two seasons.

Take a look at Olivia Colman as Queen Elizabeth II in The Crown:

Olivia Colman, who has featured in shows like Broadchurch and The Night Manager, has been signed for the lead role for the upcoming two seasons of the show. When she took over from Claire Foy, Olivia Colman said: "I'm so thrilled to be a part of the crown. I think Claire Foy is an absolute genius. She's an incredibly hard act to follow. I'm basically going to rewatch every episode and copy her."

Claire Foy won the Best Actress (TV Drama series) Golden Globe for her role in the show in 2017 while she won the Screen Actors Guild Award in the same category for two years back-to-back.

For the third and fourth season of The Crown, the entire central cast has been revamped. Helena Bonham Carter takes over from Vanessa Kirby as Princess Margaret while the role of her onscreen husband Lord Snowdon will now be played by Ben Daniels. Matt Smith hands over the character of Prince Phillip to actor Tobias Menzies.

The makers have not set a release date for the third season of the show yet.