The Crown Actor Tobias Menzies On Playing Prince Philip: Challenging To Be Alpha Man And Walk Behind Your Wife

Tobias Menzies on playing Prince Philip: "It is challenging to portray the character's personal side as very less is known about it" 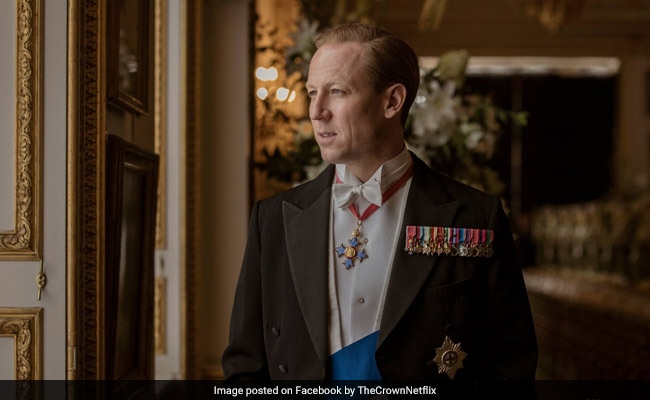 Tobias Menzies as Prince Philip in The Crown (courtesy TheCrownNetflix)

His emotional contradictions as he juggles between being the head of the family and the husband to Queen Elizabeth II for the world, makes Prince Philip one of the most complex characters in The Crown, says Tobias Menzies.

The British actor, who has replaced Matt Smith as Prince Philip in the third season of the Netflix series, believes the latest installment of the critically-acclaimed royal drama delves deep into the psyche of the Duke of Edinburgh.

"Prince Philip is an alpha man, who has spent his life walking two steps behind his wife. And I can sense, it comes as a challenge to him but he is still running the show."

"What I read is that, in their domestic life, he is the head of the family but on the other hand, it is different in front of the world. There is this interesting contradiction that he wrestles with," Menzies told PTI in an interview with select media here.

The actor said Prince Philip is an emotional man but the position he holds in the public eye didn't allow him to express himself or do what he desires.

"Philip is someone who is very emotional. I have seen his interviews and there is a lot going on even if he is not saying it. He doesn't allow himself to show his emotions. So, it is difficult to express him on screen and that makes him one of the most interesting and complex characters in the show."

The first two seasons of The Crown, featuring Claire Foy as the Queen and Matt Smith as Prince Philip, had the royal couple struggle with their marriage, while the third season shows them at peace with their relationship and adjusting to the roles assigned to them by destiny.

Tobias Menzies, 45, believes things would have been different if Elizabeth wasn't crowned the Queen so early on in her life.

"Young Philip was full of action, could have had a career in the navy had life been different. But life gives him a very different existence. He was plugged into this life. In this season, we dig into how he feels about his own. I guess masculinity, agency all these are fundamental considerations," he added.

The Game of Thrones' actor said while he loved Matt Smith''s performance in the previous two seasons, he decided to stick to the real-life Prince Philip for his portrayal.

"I pretty enjoyed playing the character and looking at things which happened behind the doors. I didn't draw much from what Matt Smith did with the character and majority of it is from the real-life person. I took the real footage in consideration," he said.

Figuring out Prince Philip's personal side on the basis of his public image was a huge task for the actor, who will reprise the character in the fourth season of The Crown.

"It is challenging to portray the character's personal side as very less is known about it. There is a lot of material on him which is recorded for the public."

"So taking that information and figuring out how he looks like when he is flirty, or angry, or sad, was a task. We don't have a lot of that on film so, it was a little bit of a challenge. I need to keep it true to him as well."

Coming on board the show and essaying the part came as a revelation for Tobias Menzies, who was never "much interested" in the royal family.

"It was all pretty new to me. I was struck by a lot of his life. It's been a tough life for him. He had a lonely childhood, I believe. He had a challenging upbringing emotionally."

"In reality, he is a complex man and I kind of admire his patience. He takes his responsibility seriously. He seems to be someone who has seriously thought about his life... Obviously there are huge benefits in terms of comfort. But it is emotionally challenging to be in that space," the actor added.

The Crown season three, which is currently streaming on Netflix, features Olivia Colman as the Queen and Helena Bonham Carter as Princess Margaret, the character which was essayed by Vanessa Kirby in the previous two installments.