The Big Bang Theory To Wrap After Season 12, Showrunners Confirm 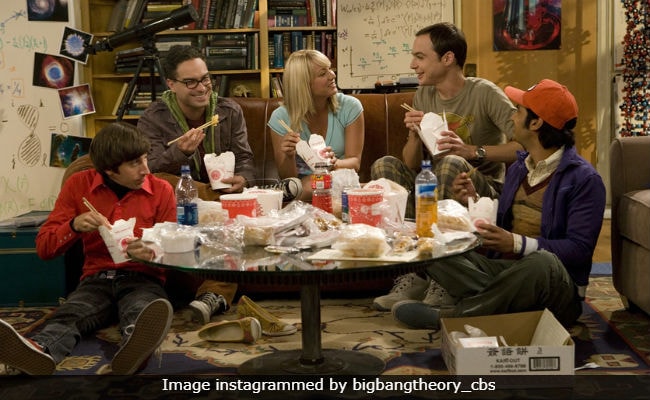 At some point, in the very near future, new episodes of The Big Bang Theory will cease to exist.

It's shocking, we know. The enormously popular CBS sitcom, about two brilliant physicists and their circle of oddball friends, has become omnipresent over the last decade. But the show's production company confirmed Wednesday afternoon that the upcoming 12th season will be the show's last.

"The number one comedy in the world, The Big Bang Theory, will end its successful run in May 2019 as the longest-running multicamera series in television history," the studio said in a news release. "Warner Bros. Television and Chuck Lorre Productions will bring the Emmy-nominated comedy series to a close at the end of season 12 with a record-breaking 279 episodes."

As recently as August, CBS executives indicated the show might not be over, even as the cast's current contracts had come to an end - as Deadline Hollywood wrote, "It was presumed when the two-year renewal was made in 2017 that it would likely be the sitcom's final chapter."

At the 2018 Summer TV Press Tour this month, CBS Entertainment president Kelly Kahl told reporters, "We don't believe it's the final season. We are in preliminary discussions to renew the show with the studio that produces it, Warner Bros."

It looks like those discussions didn't work out. On the surface, it seems like it's time - 12 seasons is an incredibly long life span for a network sitcom. But The Big Bang Theory was the rare show that consistently brought giant ratings. Last season, it was the No. 1 show on broadcast television and averaged nearly 19 million viewers a week.

The five original stars - Jim Parsons, Johnny Galecki, Kaley Cuoco, Kunal Nayyar and Simon Helberg - started earning $1 million per episode back in 2014, when the show hit its peak. Although the series was a hit from the beginning, it climbed in the ratings each season and got an extra boost in 2012 when TBS landed the syndication rights for $1.5 million an episode and started airing reruns almost constantly.

Not only did the repeats rocket TBS to the top of the cable channel ratings, as millions tuned in, but many believed they helped funnel viewers back to CBS for the new seasons. "The exposure and promotion it's gotten on TBS has definitely helped," an industry analyst told Vulture at the time, adding that the network "promoted the hell out of it during the baseball playoffs."

Alas, it makes sense to end now that the cast and crew are not only set for life financially but maybe ready to move on to new projects. While the series was never completely beloved by critics (the release notes the show has "received 52 Emmy nominations and 10 wins to date, though has never won for outstanding comedy series") it has an international fan base that ensures the final season will be a spectacle.

"We are forever grateful to our fans for their support of The Big Bang Theory during the past twelve seasons," CBS, Warner Bros. and Chuck Lorre Productions said in a joint statement. "We, along with the cast, writers and crew, are extremely appreciative of the show's success and aim to deliver a final season, and series finale, that will bring The Big Bang Theory to an epic creative close."

For those who are saddened by this announcement, don't worry - Young Sheldon, the show's spinoff about the childhood of Parsons's character, is already a hit and will return for a second season in September.