Twinkle Khanna tweeted: "Saw Baahubali and I've been calling my daughter Katappa much to her dad's annoyance" 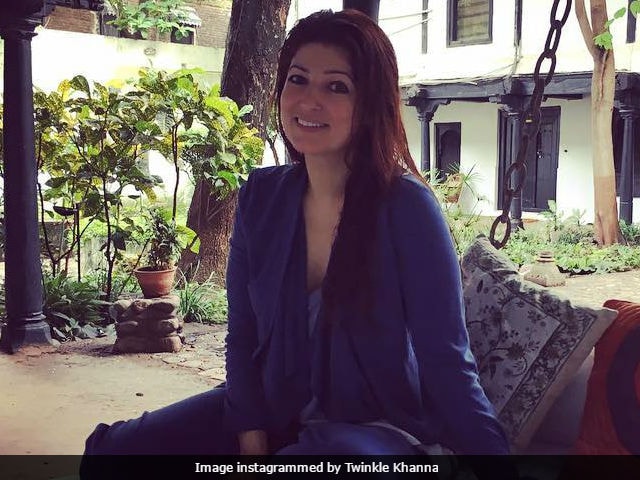 New Delhi: Actress Twinkle Khanna saw S S Rajamouli's Baahubali: The Conclusion more than two weeks after it hit the screens. But the effect of the film was still overwhelming on Twinkle, who addressed her four-year-old daughter, Nitara as 'Katappa' all day after watching Baahubali 2. That's what the Baahubali effect looks like. Twinkle Khanna, 43, tweeted: "Saw Baahubali and I've been calling my daughter Katappa much to her dad's annoyance. Perhaps he would prefer her being called Rowdy instead." 'Rowdy' obviously because Akshay Kumar starred in a film named Rowdy Rathore. PS: Akshay Kumar wasn't pleased.

Saw Baahubali & I've been calling my daughter Kattappa much to her dad's annoyance-Perhaps he would prefer her being called Rowdy instead:)

The 'obsession' with Katappa didn't stop there for Twinkle, who now thinks that the name can be a tongue twister of sorts. Here's what she instagrammed:

Kattappa is my bae - All right perhaps I am a bit obsessed- but try it- say Kattappa 3 times and you won't be able to stop- it's like eating wafers - addictive!

S S Rajamouli's two-part epic saga is the first Indian film to have crossed the Rs 1,000 mark globally. The film's Hindi version has set a few records of its own too. Baahubali 2 (Hindi) defeated Aamir Khan's Dangal and became the first film in Hindi to make more than Rs 400 crore.

Promoted
Listen to the latest songs, only on JioSaavn.com
Baahubali: The Conclusion stars Prabhas as Mahendra and Amarendra Baahubali, Rana Daggubati as Bhallala Deva, Anushka Shetty as Devsena and Ramya Krishnan as Sivagami.