Alia Bhatt said, "What really broke my heart was that I always in my head had this idea that if you work really hard, it'll always pay off." 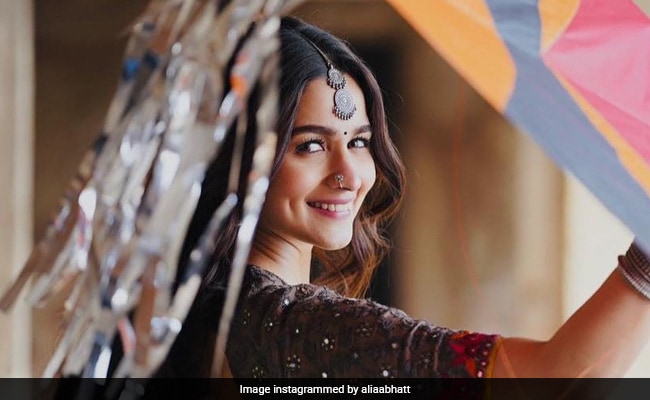 Alia Bhatt in a still from Kalank. (Image courtesy: aliaabhatt)

Actress Alia Bhatt said that boyfriend Ranbir Kapoor's advice helped her cope with Kalank box office debacle, reports news agency PTI. The lifetime business of Kalank, which was reportedly made on a budget of over Rs 100 crore, was a mere Rs 80 crore. Alia Bhatt, who was speaking at the Jio MAMI Movie Mela with Star event over the weekend, said that though she was 'okay on the day it happened,' she was heart-broken later as she believed that 'hard work always pays off.' However, Ranbir Kapoor's advice changed her perspective. Alia said, "He (Ranbir Kapoor) said that you put in the hard work, it doesn't have to pay off immediately. It'll pay off in your life, someday. That's what it means to be a hardworking actor or a person. Someday the goodness will come to you in another film."

Of the Kalank box office disaster, Alia Bhatt said, "Strangely, I was really okay the day it happened. I had seen the film a day before and I knew in my head what was going to happen. Though I didn't think it will hit by a truck. Later on when I thought about it, what really broke my heart was that I always in my head had this idea that if you work really hard, it'll always pay off. But it didn't. That felt scary... My job is to put in the hard work. I believed in the film, it didn't pan out the way we wanted to, I felt bad about it for a few days but I had to focus on my next."