Madhuri Dixit portrayed the role of a dancer in Kalank 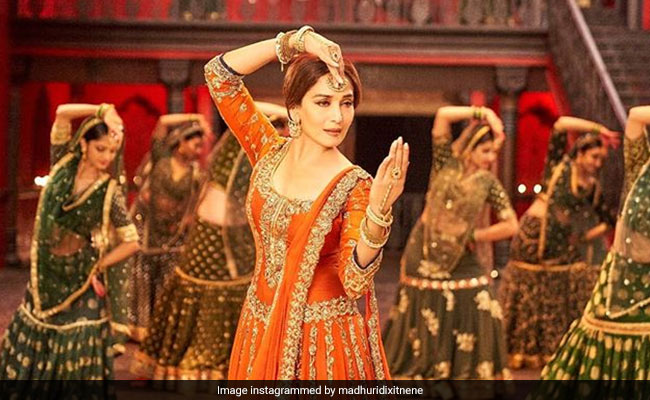 Madhuri Dixit, who was last seen in Kalank as Bahaar Begum, opened up about the film's failure at the box office and said that it "doesn't bother" her much when a film doesn't work, reported mid-day. In an interview with mid-day, Madhuri said: "I have been in the industry for more than three decades. Ups and downs are a part and parcel of our work. So, it doesn't bother me much when a film doesn't work. Everybody gave their best. No one goes to the sets to do a half-hearted job. But in the end, certain things aren't in our control. We have to move on. The film was received well overseas."

Madhuri Dixit portrayed the role of a dancer in Kalank, a performance she was critically acclaimed for. Kalank, which was reportedly made on a budget of Rs 150 crore, stopped just short of the number with its lifetime collections. However, the film opened to Rs 21.60 crore and wrapped the first week with Rs 69 crore.

Film critic Saibal Chatterjee, in his review for NDTV, gave the film 3 stars out of five and wrote: "Kalank overreaches and revels in the act... Opulent sets, visual flourishes, intense emotions, a luminous Madhuri Dixit who still emotes and pirouettes like a dream and a stunningly on-top-of-her-game Alia Bhatt make Kalank a near-spotless movie experience"

Kalank is a period drama set in the 1940s. The film, which released last month, was produced by Karan Johar and directed by Abhishek Varman. It also featured Varun Dhawan, Alia Bhatt, Sonakshi Sinha, Aditya Roy Kapur and Sanjay Dutt in the pivotal roles.

On the work front, Madhuri Dixit will next be seen as a judge on the second season of dance reality show Dance Deewane, which is to be aired on Colors from June 15.