Ajay's son Yug made a cameo appearance in the video 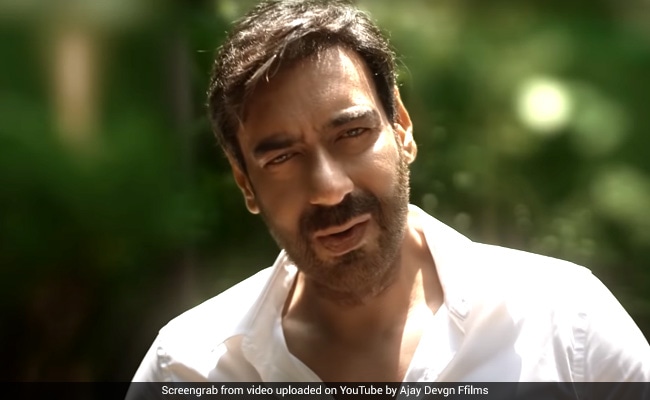 Ajay Devgn in a still from the video. (courtesy YouTube)

Bollywood actor Ajay Devgn released his new single titled Thahar Ja, on Saturday afternoon and it occupied a spot on the list of trends instantly. The actor shot the song in his house and the essence of it is to sit back and "pause, reflect and pray" (Ajay's words). The video mostly comprises tight close-up shots of Ajay Devgn, who features in the video and has produced it. The 4-minute-long video begins with Ajay saying, "Khoob thaka tu apno ki wajah, apno ke liye thahar ja." Throughout the course of the video, Ajay urges his fans to slow down and stay home for the safety of their loved ones, in the wake of the ongoing coronavirus pandemic. Ajay and Kajol's 9-year-old son Yug Devgn also makes a brief appearance at the end of the video. Also, he was the assistant director in the song. Thahar Ja has been sung by Mehul Vyas and it has been written by Anil Verma.

Speaking if the song, in a recent interview with Bombay Times, the actor said, "Everyone, who was part of this, worked on it from their own homes. Given that I didn't have a team to shoot it, I asked my son, Yug, if he wanted to be a part of it as my assistant director. When we shot it, all through the day he was working with me and running around the house. He was excited to see his name in the credits."