Tezaab To Kalank, Madhuri Dixit Says She 'Always Attempted To Do Relevant Work'

Madhuri Dixit described her character in Kalank as: "She (Bahaar Begum) is emotionally scarred because of the past tragedy of her life" 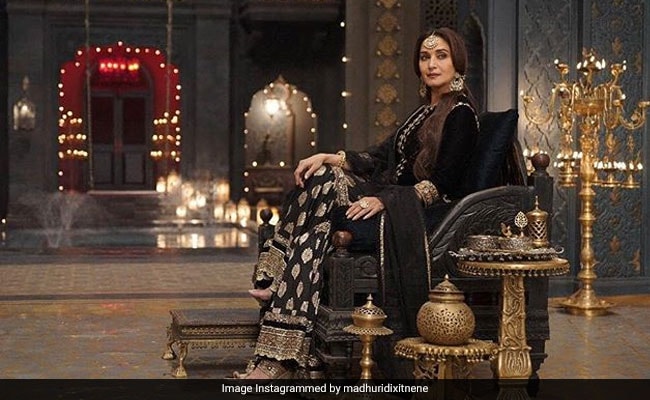 Madhuri Dixit in a still from Kalank. (Image courtesy: Instagram)

In a career of more than three decades, Madhuri Dixit has managed to rule many hearts. The actress says she is trying to do work that is relevant to the times. Whether it was her work in Tezaab, Ram Lakhan, Saajan, Beta, Hum Aapke Hain Koun..! and Devdas or films like Dedh Ishqiya, Gulaab Gang and Total Dhamaal - Madhuri has followed her own path.

Talking about her changing image with time, Madhuri told IANS here: "I think I always got opportunities to do some cool stuff even in the 1990s when I was young. When my son watches my dance on Que sera sera with Prabhu Deva, he says 'You are my cool mom'. I understand where it comes from... It is the relatable; it is the relevance of those works... I am always trying to do work that holds relevance."

"When I did a film like Tezaab (1988), it was an experimental work, a film about a father-daughter's relationship that had never been explored...where the father is using her daughter as a golden goose, so much so that he doesn't want his daughter to get married and fall in love. It was quite unlike the mainstream narratives where the father of any daughter was only concerned about the marriage of their daughters," she explained.

Dance is a hidden language that connects you to your soul. Get ready to see #BahaarBegam in theatres on 17th of April.

On playing Bahaar Begum in the movie, Madhuri said: "She is an introvert and emotionally scarred because of the past tragedy of her life... She is silent, yet conveys a lot through her eyes. She is what she is because of the bitter experience of her life."

Kalank brings together some of the stars of different generations.

Sharing her experience, the 51-year-old actress said: "I think we were cool in our time, they are happening in the present time, but hey, I am catching up. We had more face-to-face interaction with our co-stars and these fellows are more on social media. The good thing is, I am finding that world (virtual world) quite fascinating... Updating what we are shooting, posting quirky pictures on social media... I enjoy these too!"

"When I did Tezaab, this is not how we used to promote films. But these days, we do an extensive media rounds to reach out to our fans regarding our films. These are the changes that have happened and I am easy with it now. I take it as part of our profession," she added.

Does she believe that senior actresses are getting much better characters to play currently than earlier?

"I strongly believe that people like us have to break the stereotype because with popularity and experience, if we are carving a path that shows how women of our age can flourish with substantial characters in films that go beyond the cliched, our next generation will continue it. We have to open up doors for the next generation... Again, it is (I am speaking) not like an activist, but like an artiste," Madhuri said.

Citing an example of one of her recent films Total Dhamaal, she said: "Who gets such an introduction of a middle-aged wife in a film the way I got? I played a glamorous woman who is all about fashion, vogue and then she is also climbing trees and doing all the slapstick madness. You see, age can't be a bar... you just have to fit the part."

Where does she get the confidence from?

"Because I am a confident person... It is inborn," Madhuri said, breaking into a laugh, and added: "Seriously, I believe in what I do. My decision of choosing a role comes from conviction, and my priority is not to prove anything to the world in the first place. It is to follow my heart," the actress asserted.