27 Years Of Beta: Here's How Anil Kapoor Is 'Looking Back' With Madhuri Dixit

"A decision made in the spirit of friendship led to Beta's success," wrote Anil Kapoor 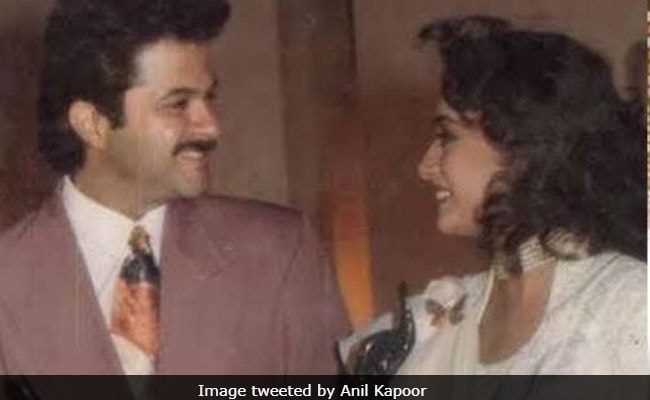 Some things never change and Anil Kapoor's latest Twitter post reminds us of just that. As the Indra Kumar-directed film Beta clocked 27 years on Wednesday, Anil Kapoor shared a special post on his Twitter profile, which is also a pictorial depiction of his and Madhuri Dixit's friendship over the last 27 years. The actor shared a throwback picture of himself and Madhuri juxtaposed with a recent picture from their film Total Dhamaal (which was also directed by Indra Kumar). In the picture on the left, the duo can be seen posing with their Filmfare trophies, which they had won for their performances in the 1992 film.

Anil Kapoor summed up the picture collage in the best possible way and wrote: "A decision made in the spirit of friendship led to Beta's success! If I could go back in time, I wouldn't change a thing! What a journey it has been! Looking back moving forward. 27 years of Beta."

A decision made in the spirit of friendship led to Beta's success! If I could go back in time I wouldn't change a thing! What a journey it has been! #lookingbackmovingforward#27yearsofBeta@MadhuriDixit@Indra_kumar_9pic.twitter.com/YiP0edKCD0

The 1992 film Beta, directed by Indra Kumar, emerged as a hit at the box office and even won several awards and accolades. The film resonates with today's generation through its iconic song Dhak Dhak Karne Laga.

Madhuri Dixit and Anil Kapoor have co-starred in several films such as Tezaab, Lajja and Ram Lakhan among others. The duo's last film together was the comedy film Total Dhamaal. Madhuri Dixit's next film is Kalank, while Anil Kapoor's next release is Malang.