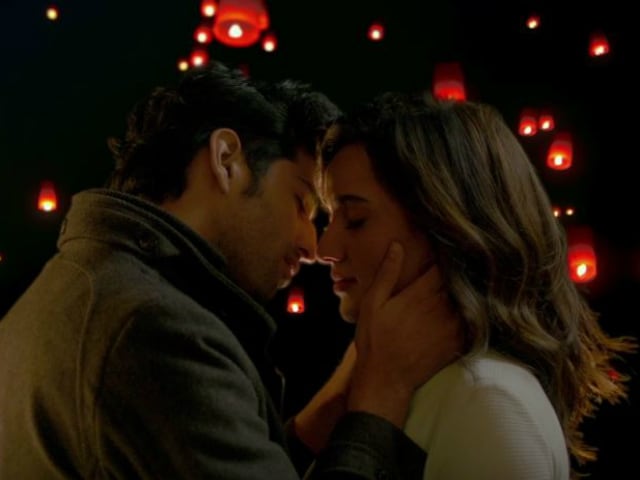 A still from the song Koi Fariyaad.

Rekha Bhardwaj brings the poetry-like song to life which is a collage of melancholy moments between the characters played by newcomers Neha Sharma, Aditya Seal and Aashim Gulati, each of who form one part of a love triangle. However, the enigmatic voice of late singer Jagjit Singh transports us back to 2001, when Tum Bin, starring Sandali Sinha, Priyanshu Chatterjee, Raqesh Vashisth and Himanshu Malik released.

Anubhav, who directs and produces Tum Bin 2, told news agency IANS earlier this month: "Jagjitji used to tell me 'Let's make more songs.' He would tell me that he could not finish any of his shows without this song. Since it had become so iconic, when we are making Tum Bin 2, it was so obvious that we wanted to recreate the song."

Promoted
Listen to the latest songs, only on JioSaavn.com
Tum Bin 2 will also feature a song by Dwayne Bravo. But that's not it. Akon will also be reportedly singing a duet with Atif Aslam.

Tum Bin 2 has been shot in Scotland and will hit the screens on November 18.