"It's a big game out there. You have to invest a lot to win because it's all based on voting," said Terence 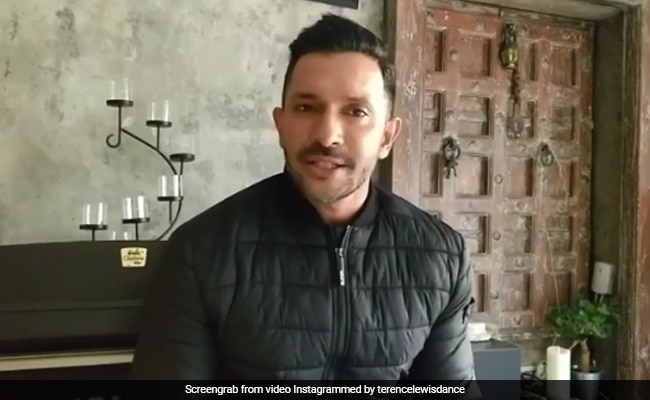 Bollywood choreographer Terence Lewis, who has been a judge on several big-ticket dance reality shows, says contestants on many such shows have been known to invest big money to buy votes in order to win. Reality TV, he pointed out, has become just like political elections where candidates must invest money to be successful. He said: "It's a big game out there. You have to invest a lot to win because it's all based on voting. Voting can be done in various ways, so contestants put a lot of effort in that direction. But at the same time, I feel truly talented people get their dues. Raghav Juyal (Of Dance India Dance fame) is a good example. He didn't just win but he is doing really good work in the industry," reported news agency IANS.

Terence Lewis feels there is a similarity in winning a reality show and winning a political election. "They (the contestants) invest a lot because they want to win. It's very simple. They get people to call up or vote (for them) to be in the show. The channels don't have a problem with that because for the channels, it doesn't matter who wins or loses. They (channel) only want to make a good show and want people to watch their show. They are not concerned with all of these things. It is the contestant who wants to win and hence takes various routes to win. It is similar to politics, when a candidate is fighting an election. It is obvious he will invest his money to win the election," he explained.

Terence added: "I feel fortunate that I haven't been a part of such shows. I am not a representative of any particular channel so, I can't take those decisions (on cleaning up the voting process)."

The 44-year-old choreographer said that other factors that often affect voting are regionalism and political clout. "People can be very judgmental while voting for a person. At times, it depends upon from which state the contestants belong to and what kind of political power is behind them, so they can pull those votes," he noted, while interacting with the media at a special screening of Zee5's upcoming web-series Love, Sleep, Repeat.

Terence Lewis has been a judge on reality dance shows such as the first three seasons of Dance India Dance, Nach Baliye 5 and Nach Baliye Shriman v/s Shrimati. In Bollywood, Terence has choreographed films like Lagaan (2001), Jhankaar Beats (2003) and Goliyon Ki Raasleela: Ram-Leela (2013) apart from musicals, stage shows, ad-films, music videos and national and international dance competitions. He has also starred in a music video for Harry Anand's remix of the classic number Badan Pe Sitare.

Talking about the status of his upcoming untitled dance film, Terence said: "There is a difference between food being on the plate and in your stomach. I will not talk about it till the time things are finalised." He said his film will have a message. "It will give a deep and intense message to the audience. The story will be presented through dance. I want to make such a dance film where we will not use any words and everything will be emoted through dance. Let's see how it shapes up," he summed up.

(Except for the headline, this story has not been edited by NDTV staff and is published from a syndicated feed.)
Comments
terence lewisdance reality showsterence lewis tv contestants