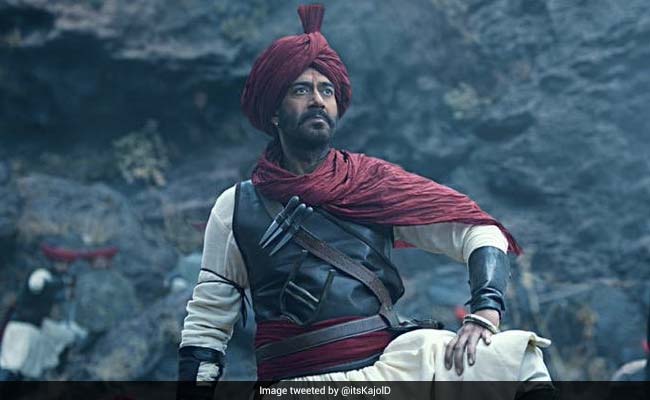 Ajay Devgn in a still from Tanhaji: The Unsung Warrior trailer (courtesy itsKajolD)

The second trailer of Tanhaji: The Unsung Warrioralso brings alive pages of Maratha history from before the Battle Of Sinhagad was fought. The trailer has powerful glimpses of Tanaji Malusare preparing for battle while Uday Bhan devises complex battle plans to take down Tanaji's army. Actor Sharad Kelkar, who has been cast as Chatrapati Shivaji, also feature in glimpses but the trailer primarily focuses on Tanaji's bravery in the battle field. The most poignant scene in the trailer is perhaps when Tanaji loses his right arm but continues to defend the Bhagwa (Maratha flag). Kajol features as Tanaji's wife Savitribai Malusare, who finds herself fraught between being a loving mother and the feisty wife of a warrior.

Watch the second trailer of Tanhaji: The Unsung Warrior here:

Directed by Om Raut, Tanhaji: The Unsung Warrior will release in 3D and is slated to hit screens on January 10, 2020, when it will clash with Deepika Padukone's Chhapaak.