"Adarsh Gourav, you have been a discovery," wrote Hrithik on Friday evening 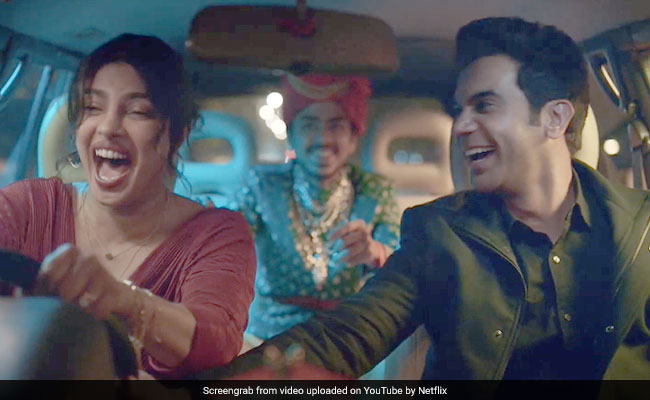 A still from the The White Tiger. (Image courtesy: YouTube)

Hrithik Roshan spent his Friday watching Priyanka Chopra, Rajkummar Rao and Adarsh Gourav's recently released film The White Tiger. The War actor, who has co-starred with Priyanka in a couple of films like Agneepath and Krrish, was all praise for the actress, Rajkummar Rao and Adarsh Gourav, who are the lead stars of the Netflix film. In a tweet on Friday evening, Hrithik described their performances as "brilliant" and wrote: "Friday done right with The White Tiger! Brilliant performances by my friends Priyanka Chopra and Rajkummar Rao. Take a bow, you two! Adarsh Gourav, you have been a discovery, what a promising start to the year. Congratulations Rahim Bahrani and team for putting up a good show!"

Friday done right with The White Tiger! Brilliant performances by my friends @priyankachopra, @rajkummarrao. Take a bow, you two! @_GouravAdarsh you have been a discovery, what a promising start to the year. Congratulations Rahim Bahrani & team for putting up a good show!

The White Tiger released on Netflix last week. Priyanka Chopra and Rajkummar Rao play the roles of a rich married couple, who live with their family in India after returning from the US for their business. Adarsh Gourav plays the role of their poor driver named Balram Halwai.

The White Tiger has been receiving positive reviews from critics and viewers. In his review for NDTV, film critic Saibal Chatterjee gave the movie 3 stars out of 5 and wrote: "The two-hour film captures an underprivileged man's fight for freedom from "the chicken coop" that life has dumped him into. This guy is unlike others of his ilk, poverty-stricken people too broken in spirit to contemplate escape. Balram is a white tiger, 'a freak, a pervert of nature' born once a generation. He dares to dream of clawing out of the hellhole."