Taimur's Day Out With Mom Kareena Kapoor And Granny Babita

Paparazzi took pictures of Taimur, Kareena and Babita as they were spotted in Bandra 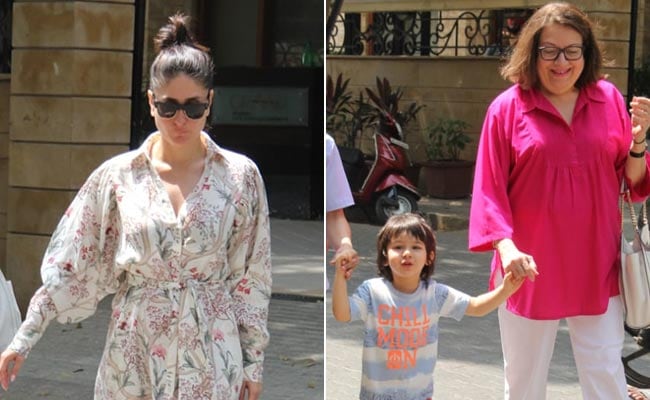 Kareena Kapoor and her mother Babita along with Taimur were photographed in Mumbai.

On a sunny Wednesday in Mumbai, Taimur was spotted with his mother Kareena Kapoor. The mother-son duo was accompanied by Kareena's mother Babita Kapoor. Paparazzi took pictures of them as they were seen in Bandra. The little munchkin had an adorable smile on his face and we are all hearts for it. He was seen holding hands with his grandmother as he walked past the paps. Kareena Kapoor wore an easy-breezy floral-print dress for the outing in the Maximum City. Taimur's t-shirt read "Chill mode on." The little one was really on his "chill mode" with his mother and grandmother. Take a look at these pictures: 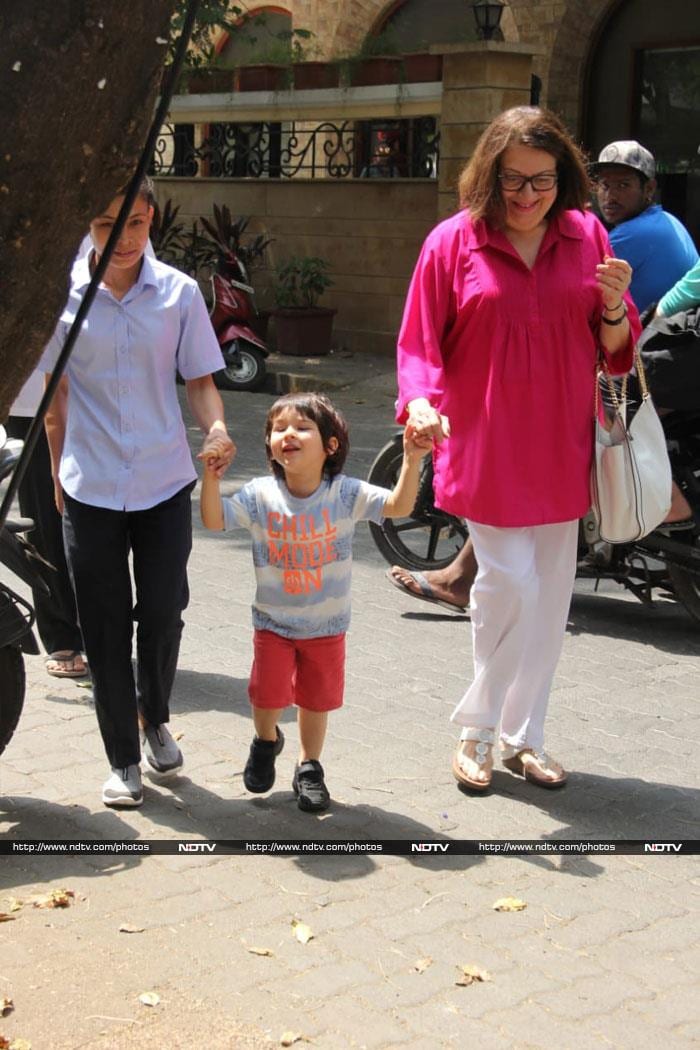 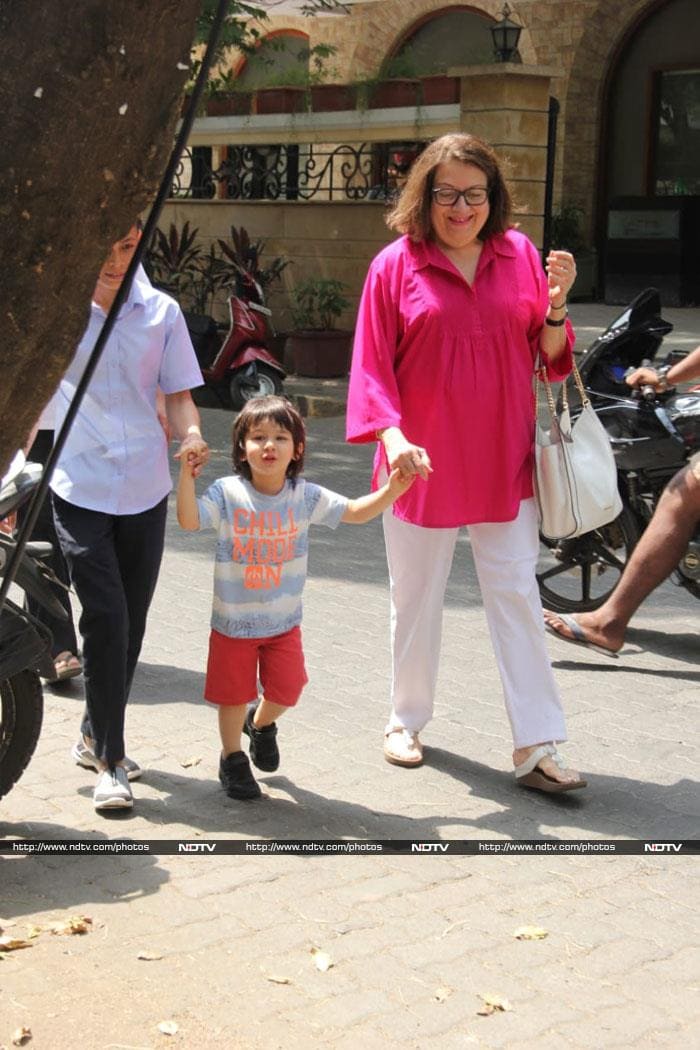 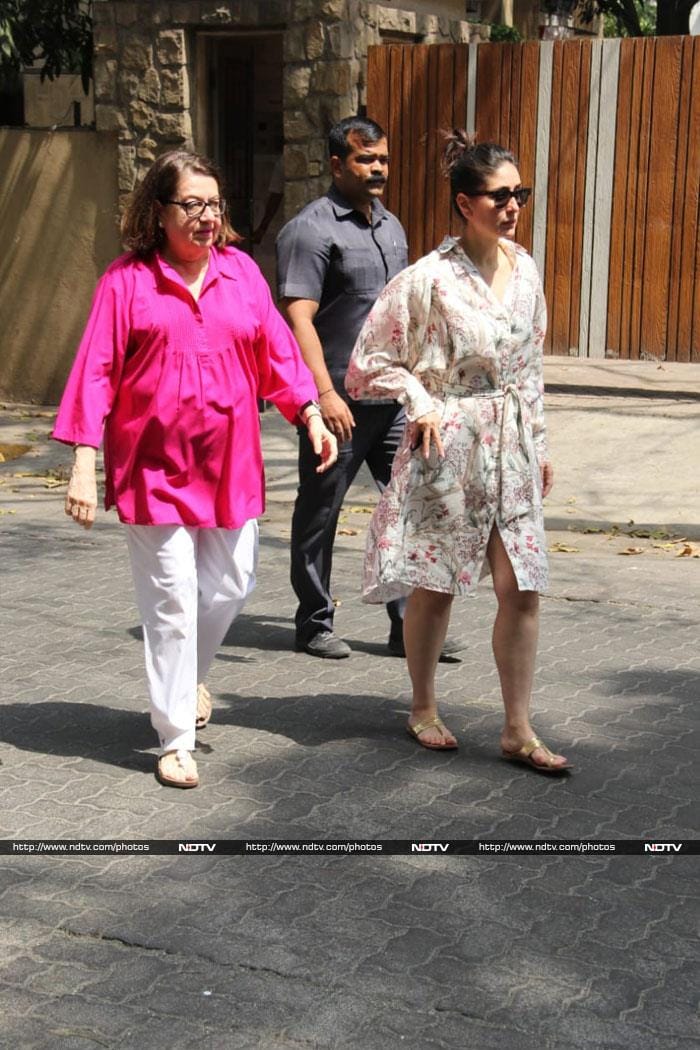 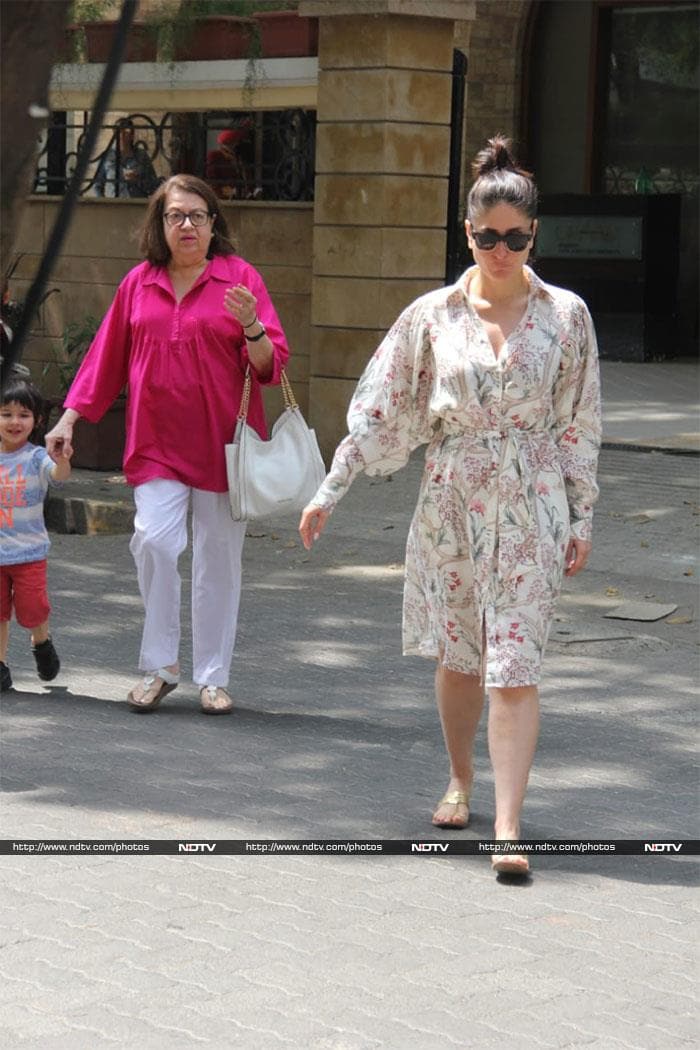 Taimur was recently on the trends' list because of his cute video that surfaced on the Internet. He had accompanied his parents Saif Ali Khan and Kareena Kapoor to an ad shoot. Kareena's hairstylist Yianni Tsapatori shared a video of Taimur playing with a hair blower on the sets of the shoot.

We also got glimpses of Taimur when Malaika Arora shared a picture of him with her son Arhaan Khan. She captioned the picture, "My baby with Bebo's baby." Malaika accompanied the post with the hashtags "#khanboys" and "#Timtim."