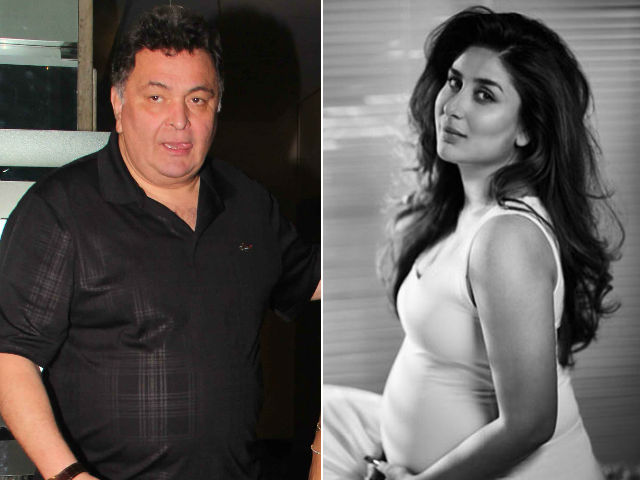 Kareena Kapoor's son's name Taimur has 'got nothing to do with you' (Image credit (R): kareenabebo)

New Delhi: What's in a name? Quite a lot, discovered Kareena Kapoor and Saif Ali Khan when they announced the birth of their son, named Taimur Ali Khan, on Tuesday. Twitter has been outraging over the choice of name ever since, believing Taimur to be named after Mongol invader Timur or Tamarlane, who destroyed Delhi in the 14th century. Now, some 24 hours of the name being hotly debated, Kareena's uncle Rishi Kapoor has reminded Twitter that it's nobody's business but the parents. "Why are people so bothered what the parents want to name their child please? Mind your business, it's got nothing to do with you. Parents wish!" wrote Rishi Kapoor, the first person from the family to comment on the controversy.

Why are people so bothered what the parents want to name their child please?Mind your business,it's got nothing to do with you.Parents wish!

Politician Omar Abdullah was also a voice of reason:

The only people who get to decide a baby's name are the parents of said baby & the ones they ask. Why should opinion of the rest matter?

Baby Taimur's arrival was announced by a statement from Kareena Kapoor and Saif Ali Khan that read: "We are very pleased to share with you all the wonderful news about the birth of our son: Taimur Ali Khan Pataudi, on the 20th of December 2016. We would like to thank the media for the understanding and support they have given us over the last 9 months, and of course especially our fans and well wishers for their continued affection. Merry Christmas and a happy new year to you all."

Delighted to welcome Taimur Ali Khan Pataudi into the world. Both mother and son are healthy and doing well. Father is doing extremely well!

Promoted
Listen to the latest songs, only on JioSaavn.com
Karisma, Soha and several other family members were photographed visiting Kareena and Taimur at Breach Candy Hospital in Mumbai.

This is Kareena Kapoor's first child while Saif Ali Khan is a father of two - Sara, 23 and Ibrahim, 15 - from his marriage to actress Amrita Singh which ended in 2004. Saif married Kareena in 2012.