Tahira Kashyap's Post From Maldives Is About "Complete Acceptance" Of Her Body. Pic Courtesy Ayushmann Khurrana

"Clicked by Ayushmann Khurrana, who says this is my best profile," wrote Tahira 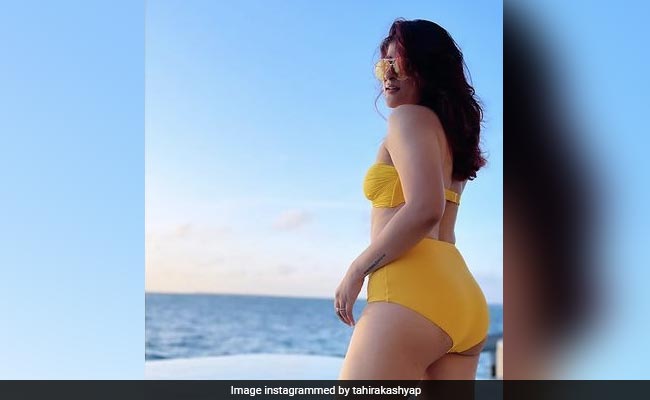 Tahira Kashyap, who checked into Maldives earlier this week, is busy sharing pictures from the island nation. Her latest Instagram entry is all about body positivity. The author-filmmaker posted a picture of herself in a yellow swimsuit and she revealed in her caption that the picture was clicked by her husband and actor Ayushmann Khurrana. Tahira wrote in her caption: "I am raw , I am me. I come in all shapes and sizes. I have complete acceptance of my body, mind and soul. Today I am yellow, engulfed by all shades of blue and I think I am in love with me. No-filter portrait mode. Clicked by Ayushmann Khurrana, who says this is my best profile."

Tahira Kashyap has written four books. Her latest book is called The 12 Commandments Of Being A Woman. Tahira wrote her first book I Promise in 2011, followed by her next novel Souled Out She also co-authored husband Ayushmann Khurrana's biography Cracking The Code: My Journey In Bollywood She has also has directed short films like Pinni and Toffee.