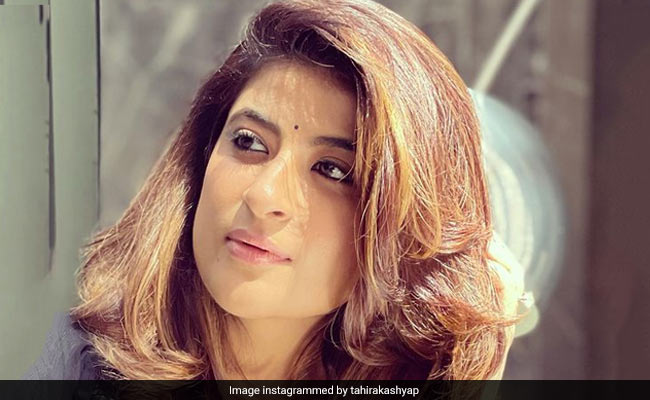 Tahira Kashyap, who is a producer, an author and director of short films like Pinni and Toffee, will soon make her debut as a Bollywood director. Her first feature film titled Sharmaji Ki Beti stars Sakshi Tanwar, Divya Dutta and Saiyami Kher in the lead roles. Announcing her debut feature, Tahira Kashyap shared a statement and described the film as a "heartwarming, slice-of-life comedy-drama about the modern Indian female experience." The film, which will give you a "warm and real peek into the lives of urban women," will be co-produced by Applause Entertainment and Ellipsis Entertainment. In her caption, Tahira wrote: "Feeling so numb! Can't believe it's finally happening. I feel only gratitude."

She added: "Eternally grateful to all those people who are bringing my dream, the story so close to my heart to life. It's too good to be true but I guess 'winter always turns to spring'. This film has seen me through various states and stages of life but all that I have learned from my practice, my mother and my partner is to never give up. And I was supported with like-minded people who were there through and through with me on this journey, thank you for making this palpable! Thank you for your support on this."

Introducing the lead stars of her film, Tahira Kashyap wrote: "I think it was a wait worth it's while as I was just waiting for my dream team both on and off screen to come on board Divya Dutta, Saiyami Kher and Sakshi Tanwar and my two little women Vanshika Taparia, Arista Mehta and the talented Sharib Hashmi, thank you so much for believing in #sharmajikibeti and me. Also, we have the cool Ravjeet Singh, Parvin Dabas and Sushant. Thank you to my entire crew who I can see are giving more than 100 percent. Let's get filming."

Tahira Kashyap, who is a renowned author, launched her last novel titled The 12 Commandments Of Being A Woman last year. Tahira wrote her first book I Promise in 2011, followed by her next novel Souled Out. She also co-authored husband Ayushmann Khurrana's biography Cracking the Code: My Journey In Bollywood. Her short film Toffee was screened at the 30th Cinekid International Film Festival, Amsterdam and at the 14th Bahamas International Film Festival.