Taapsee: "Shoojit Sircar is Extremely Good at Psyching Out an Actor" 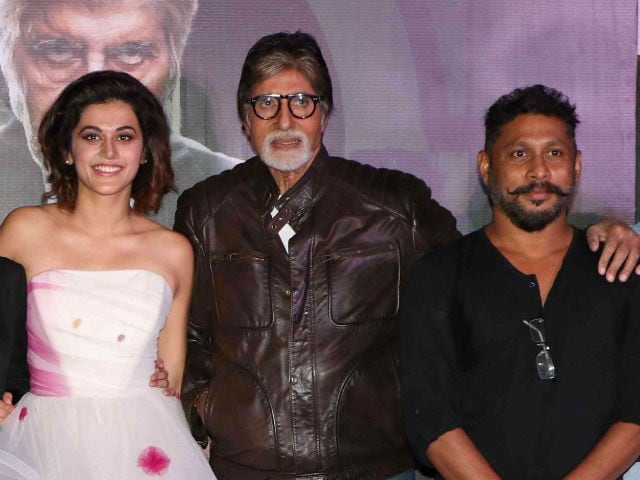 New Delhi: After rising to fame with Neeraj Pandey's action-thriller Baby, Tapsee Pannu is all set with her next film, thriller Pink, where she portrays a molestation victim.

Even though the character was extremely relatable for Tapsee, she credits producer Shoojit Sircar for bringing out the best in her during the difficult scenes.

"Shoojit Sircar is extremely good at psyching out an actor. He really brain washed me in order to get me in the situation's mood. He would talk to me for more than half an hour in my vanity van to help me in enacting a particular scene, to get me in the mood of it and make me think like the character before the shoot," the 29-year-old actress said in a conversation with ANI.

Further explaining the difficulties she faced while filming Pink, the actress said, "Being molested was the only thing which was very difficult to digest or absorb because no matter how hard I try, I can never feel the exact way a molestation victim really feels."

"But I have tried to be as real as possible and I hope I have done justice to those scenes. I am not a trained actor, so I really had to put myself in the situation and then act," she added.

The Chashme Baddoor actress cleared during the interview that the film which speaks about women empowerment, does not highlight 'rape' or Delhi as a 'rape capital'.

"The film is not about rape or Delhi. But Delhi was a perfect place for the story as it was in news since long for being an unsafe place for girls. The film tackles a general social perspective but you have to watch the film on September 16 for that," she concluded.