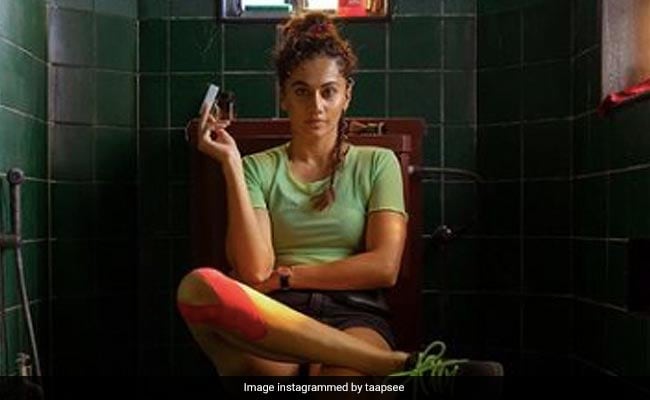 Taapsee Pannu and Tahir Raj Bhasin's Looop Lapeta will premiere on Netflix on February 4, the streamer announced on Saturday. Helmed by debutante director Aakash Bhatia, the upcoming comedy thriller is a Hindi-language remake of German filmmaker Tom Tykwer's 1998 cult classic movie Run Lola Run. The film promises to be an adventurous ride through a sticky situation where a girlfriend is on a mission to rescue her boyfriend. As the plot unfolds, a series of events constantly prompts the lovers to make choices that define their future, the official synopsis of the film read.

In the film, Taapsee Pannu plays the role of Savi, who is on a mission to rescue her boyfriend.

"This compelling story was extremely enjoyable to make along with my director, Aakash and co-star, Tahir. I cannot wait for fans and audiences to watch this edge-of-the seat film and enjoy it as much as we loved making it," the 34-year-old actor said in a statement.

Tahir Raj Bhasin, 34, who will be seen as Satya, said Looop Lapeta offers a new take on romance and he is thrilled to show the movie to the audiences. "The film is a clutter breaking take on new age romance, and a genre I am exploring for the first time. I can't wait for the world to meet the characters Satya and Savi.

"Our director has a unique style stamp that has created a visually stunning world where thrill and comedy combine for one crazy rollercoaster of an entertainer," Bhasin said.

Aakash Bhatia said he is excited that his debut film "Looop Lapeta" will stream on Netflix. "There's no way to downplay the exhilaration of making a first film and Looop Lapeta has surpassed every bit of it. I'm extremely excited with the shape we have given it. It boldly jumps genres from comedy, thriller to romance and makes for a rollercoaster ride for audiences," Bhatia said.

Zayed Khan Teases Fans With The Name Of His Comeback Film. Details Here