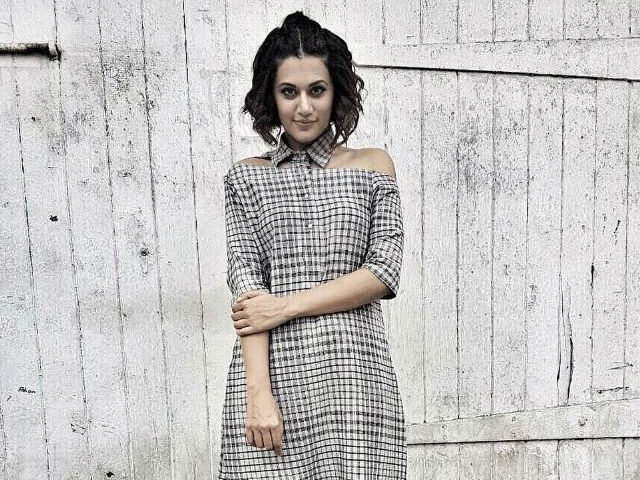 This image was posted on Instagram by Taapsee Pannu

In an interview with ANI, the Baby actress, credited her team for being extremely active on social media and mentioned that she avoids being photographed as according to her, she doesn't look "pretty" in them.

"I don't even like my pictures most of the time. In fact, you will be surprised to know that I don't even know how to take a selfie properly. I have a complex that I don't look pretty in the pictures. But my team keeps on telling me to click some stills and put up on my website and other social networking sites," she said.

"I am active on social media only because of 'Whacked Out Media,' who pushes me all the time to be so. This is helping my popularity," Taapsee added.

Accepting the advantages of being on social media, the 29-year-old actress said that it has its own cons and 'trolling' is one of them.

"Being on social media has its own pros and cons. While there is a lot of encouragement through the love we experience on these e-platforms, the freedom to abuse or insult the celebs gives those people a certain high. It is sad that there is no control over such things, but it's okay," she said.

Taapsee is gearing up for the promotions of her upcoming film Pink, in which she co-stars with Amitabh Bachchan.

Promoted
Listen to the latest songs, only on JioSaavn.com
Directed by National Award-winning director Aniruddha Roy Chowdhury, the Shoojit Sircar produced film will hit the screens on September 16.