Taapsee Pannu Is On Holiday With Her Sisters. See What She Posted 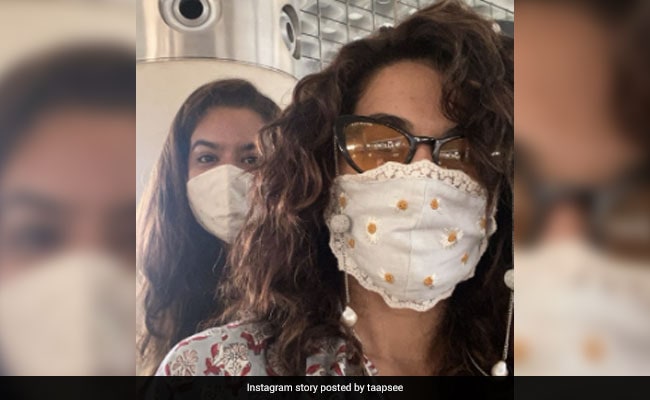 Taapsee Pannu decided to go on a vacation before she resumes shooting for her forthcoming projects. The actress, on Tuesday morning, shared pictures with her sisters Shagun and Evania Pannu on her Instagram story and revealed that she is all geared up for a vacation with her family. She didn't reveal the destination though. Taapsee posted selfies with her sisters and she captioned one of the pictures: "Let the vacation begin." Taapsee looked pretty as ever in a printed top and big sunglasses. She wore a mask, of course. Posting another picture from the flight, in which she can be seen wearing a face shield, the actress wrote: "My distressed travel buddies." She tagged Shagun and Evania Pannu in the stories. 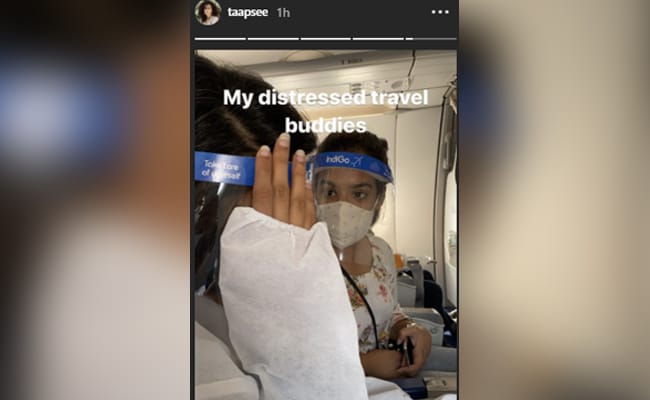 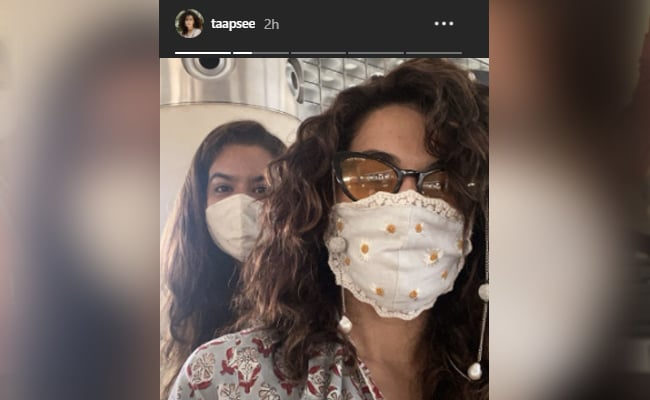 Taapsee Pannu is best-known for her performances in films such as Pink, Naam Shabana, Soorma, Mulk and Manmarziyaan among others. Her last project was Anubhav Sinha's 2020 film Thappad, which opened to positive reviews from film critics.