Swastika Mukherjee's Daughter Teaches Her How To Make A Puppy Face. The Result...

"Tutorial by one and only, Anwesha. Did I pass or fail?" wrote the actress in the caption 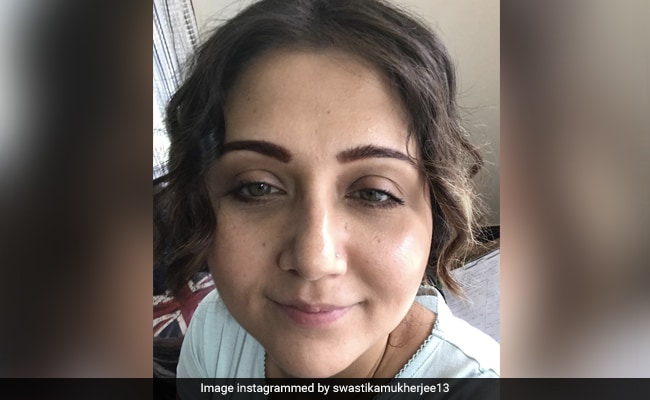 Swastika Mukherjee's latest entry on Instagram is adorable, just like her. The actress, on Wednesday, posted a photo of herself "trying to make a puppy face" and it wouldn't be wrong the say that she did a good job. Guess who taught her to make a puppy face? None other than he daughter Anwesha. However, she wasn't that happy with her mom's efforts. In case you are wondering why are saying this, here's what happened - Swastika Mukherjee shared a photo, in which she can be seen sporting a blue outfit, and wrote: "This is me trying to make #puppyface. Tutorial by one and only, Anwesha. Did I pass or fail?" Within minutes, her daughter dropped a comment that read: "Where is the puppy face? This is normal smiley face."

Reacting to her daughter's comment, Swastika wrote: "My eyes are putki toh. Unhappy teacher" with a face with rolling eyes emoji.

This is me trying to make #puppyface Tutorial by one and only @anwesha24 Did I pass or fail ??

Now take a look at Swastika Mukherjee and her daughter's exchange: 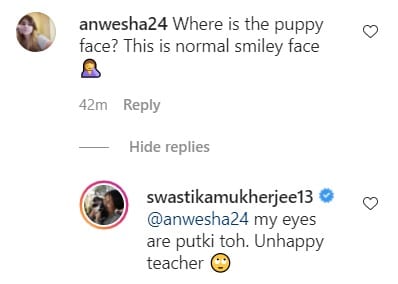 Screenshot of Swastika Mukherjee and her daughter's Instagram exchange.

She was last seen in Hindi film Dil Bechara, which starred late actor Sushant Singh Rajput in the titular role.