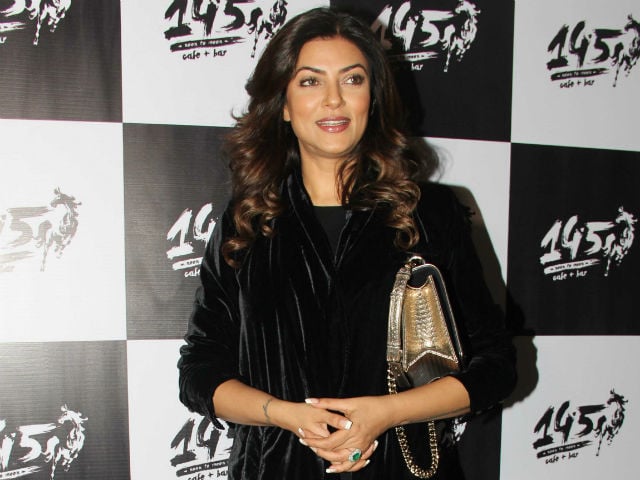 Sushmita Sen photographed at an event in Mumbai

New Delhi: Actress Sushmita Sen who has been away from Bollywood for quite some time now, says her comeback to films should make the audiences happy, reported news agency IANS. The former Miss Universe said, "I have been saying this for quite a long time. When I will be back on big screen, the audiences should be happy. They should say, 'Now that's called a comeback and we really like her.'" The 41-year-old actress recently judged the 65th edition of Miss Universe pageant in Philippines. Sushmita's last Bollywood film was 2010's No Problem. Dropping hints about her 'comeback,' Sushmita said, "So, fingers crossed. This year, we should make that happen."

Promoted
Listen to the latest songs, only on JioSaavn.com
Sushmita Sen made her last big screen appearance in a Bengali film Nirbaak. She made her debut in 1996 film Dastak. She has also worked with Salman Khan in Biwi No 1 and Maine Pyar Kyun Kiya and with Shah Rukh Khan in Main Hoon Na. Her work in Meghna Gulzar's Filhaal was critically-acclaimed. From 2010 to 2013, she organised the I Am She pageant that briefly picked the Indian representative for the Miss Universe contest.