Sushant Singh Rajput On Ranveer Singh's Befikre: Wouldn't Have Done Even If Offered 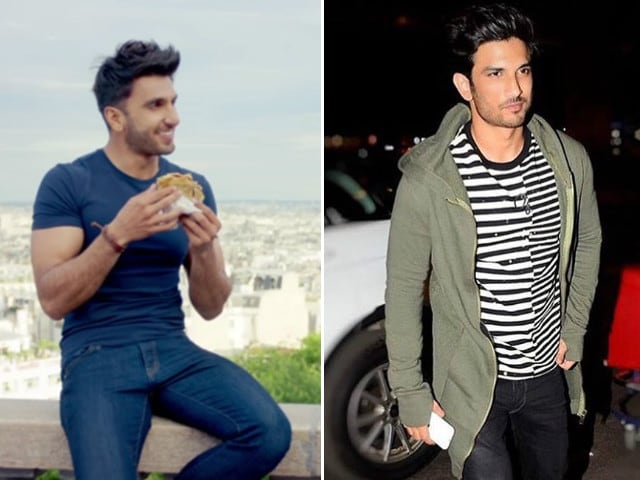 Sushant (courtesy:sushantsinghrajput) and Ranveer have both worked with Yash Raj films

New Delhi: Actor Sushant Singh Rajput is the star of films like Shuddh Desi Romance, Kai Po Che and M S Dhoni: The Untold Story, and is best known for his portrayal of detective Byomkesh Bakshy in the Dibakar Banerjee-directed 2015 film. Meanwhile, Sushant's contemporary Ranveer Singh's Befikre released on December 9, and rumour has it that Sushant was approached for the lead role. However, Sushant dismissed such rumours in strong words saying that he would not have accepted the offer even if it was true, reported Hindustan Times. Sushant Singh Rajput, 30, is currently prepping for his next film Raabta, which also co-stars Kriti Sanon.

Sushant also mentioned that he would settle for films "niche like" Detective Byomkesh Bakshy and Paani over one such as Befikre. Both Befikre and Detective Byomkesh Bakshy! were made by Yash Raj Films. "Let me clear it once and for all. I was never offered Befikre. But had I been offered, I wouldn't have done it. I know it's easier to decide after the results are out but I have a reason. If the same production house is offering me a niche film like Detective Byomkesh Bakshy (2015), I would do it because Dibakar Banerjee (director) has a different interpretation of the old classic; and I would do a Paani where Shekhar Kapur (filmmaker) will be raising a very important and immediate issue," Sushant told Hindustan Times.

When asked about Befikre, Sushant highlighted that Ranveer's film was not the appropriate representation of the India's youth and their idea of love, hence, he would have opted out of starring in it. "If Befikre was representing the new-age youth of India and romance as what it was claiming, it would have been great irrespective of the box office numbers. But unfortunately, it didn't do that, and hence I would not be interested. I am not suggesting that films should only reflect reality (like Pink, Neerja or Dhoni biopic). They could also be totally fanciful yet great films like The Jungle Book (2016), which was also very popular. But it's extremely important to know and then claim what you have made. It's a wonderful new India, and it is reflecting in the way we are bridging the gap between our 'hits' and 'good' films," Sushant told Hindustan Times.

Sushant also opened up about his rumoured-to-be-patchy relation with Ranveer and said that a lot is speculated as these two are contemporaries. In his interview with Hindustan Times, Sushant said: "Probably, it's because we are about the same age and also because I opted out of the old management (Aditya Chopra's company) and he (Ranveer) decided otherwise, and so some comparisons can be made. But I feel the choices we young actors make will be a differentiator when it comes to films that are made, our respective careers and the taste of our audience. We should not think about all the present popular trends but should also be willing to take educated risks and should not shy away from failures in trying something innovative."

Promoted
Listen to the latest songs, only on JioSaavn.com
Ranveer Singh, 31, made his Bollywood debut with 2010's Band Baaja Baaraat, made from the studio of Yash Raj Films. Ranveer also has films like Gunday, Kill Dil and Dil Dhadakne Do to his credit. Ranveer is currently busy with Sanjay Leela Bhansali's ambitious Padmavati, co-starring Deepika Padukone and Sahhid Kapoor.

Sushant Singh Rajput's Raabta is scheduled for February this year.