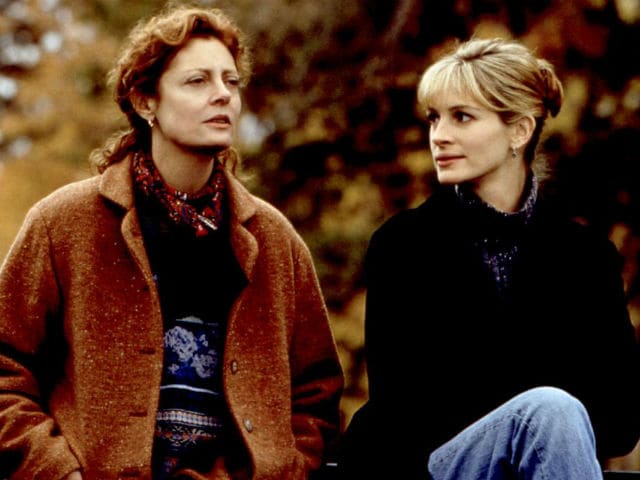 New Delhi: Nearly 20 years later, actress Susan Sarandon has revealed that reports of bad blood between her and Stepmom co-star Julia Roberts were actually a rumour started by her publicist. Ms Sarandon tweeted a link to an old Entertainment Weekly article dating from 1998, writing: "Press printed that Julia and I hated each other during Stepmom. Found out it was my PR person creating rumours." The clarification, made two decades later, appears to be linked to a previous tweet about how Ms Sarandon is questioned now on whether or not she gets along with actress Jessica Lange, with whom she co-stars in new show Feud. FYI, "Jess and I not only got along great during filming, we're now dating," Susan Sarandon tweeted tongue-in-cheek.

The #1 question I get in interviews is whether Jessica & I get along. Jess & I not only got along great during filming, we're now dating

Press printed that Julia & I hated each other during Stepmom. Found out it was my PR person creating rumors. #FeudFXhttps://t.co/kBfJXz3pOo

Promoted
Listen to the latest songs, only on JioSaavn.com
The interest in the possibility that Susan Sarandon and Jessica Lange are feuding for real is prompted by the fact that they play the actresses Bette Davis and Joan Crawford on the show, which tells how the two rival actresses filmed 1962 movie Whatever Happened To Baby Jane? Ms Davis and Ms Crawford were 60 or thereabouts and the film, based on a bitter relationship between two sisters, one of them a former actress, was seen as a reflection of the storied fractiousness between Bette Davis and Joan Crawford off-screen - they had feuded for years, and Feud is the story of how they made a movie together.

Stepmom, for those who don't remember, also depicted a feud - between Susan Sarandon's character and the titular 'stepmom,' the younger woman dating her ex-husband. Julia Roberts played the stepmom and Ed Harris was cast as the ex-husband. Bollywood remade the film in 2010 with Kajol and Kareena Kapoor.