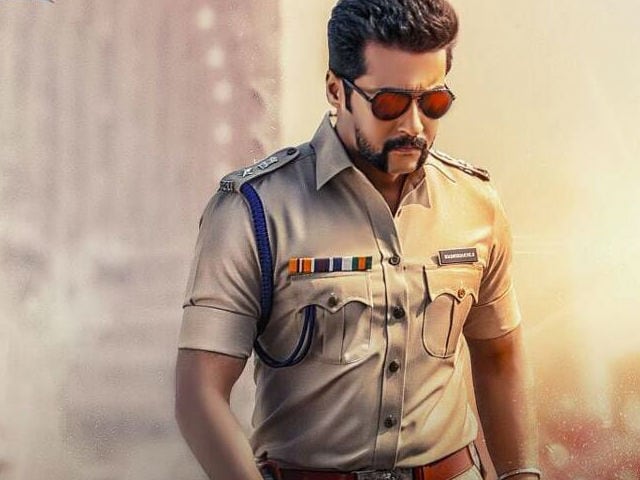 New Delhi: A Tamil website threatened the makers of Suriya's Si3 (or Singam 3) that they will stream the Hari-directed film on the day of its release from 11 am and now, the film's lead actor, Suriya asked fans to not encourage the film's piracy and say no to watching the film online. "I will be happy if the youth of my state/country come together and say 'NO' to watching films online for free. Because every time you watch a new film online, that site gets paid from advertisements and thus they rake in all the moolah and the poor producer is left wondering where his share from the film went," he told First Post in an interview. Suriya's Si3 released today.

Suriya explained the importance of watching a film in theatres to movie-goers. "As a producer, I pay service tax, commercial tax and interest on private loans and still I wait for nearly 10 months to see collection percentages if the film does well. So it is my sincere appeal to those wanting to watch Si3 FDFS or in the first week itself, please come to the theatres, there's ample reason in this film as to why you should," First Post quoted him as saying.

After a Tamil website said that they'll stream Si3 on the day of its release, producer Gnanavel Raja said: "The way pirates are operating in Kollywood, it is eating into the box-office collections. While producers are unsure about financial clearance, Tamilrockers are confidently saying that they will release the pirated print of Si3 at the said time." After Mr Raja's rant, the site posted this message in their Facebook page:


In 2016, many films were plagued with the issue of piracy. In July Rajinikanth's Kabali almost got pirated. The opening scene of the film reportedly was available online before the film's release, however the film's producer, Kalaipuli S Thanu told NDTV, "No leak. (These are) all rumours. We are taking all efforts to block these piracy sites." At that time fans supported the makers and even a Kabali-themed flash mob performed in a Chennai mall with anti-piracy messages.

Promoted
Listen to the latest songs, only on JioSaavn.com
In Bollywood, films like Sultan and Great Grand Masti also leaked online. But it was perhaps Udta Punjab which made a huge noise - considering the film faced major opposition from the Central Board of Film Certification. Recently, Hrithik Roshan's film Kaabil also leaked online, soon after it hit the screens. The actor requested fans to help him curb piracy with this tweet.

Help us curb piracy guys. Anybody find links of kaabil or Raaes pls let us know . Love u guys

Si3 is releasing today after being rescheduled twice, because Suriya said that did not "want to celebrate a big release at the wrong time." The film also stars Anushka Shetty and Shruti Haasan.