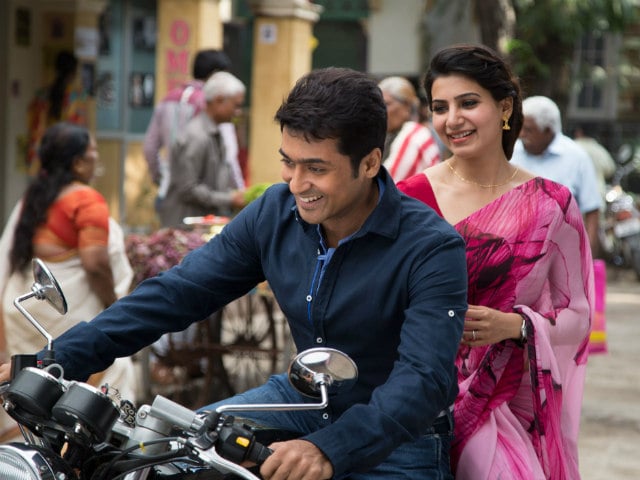 Chennai: Samantha is currently on a huge high and the excitement shows in her voice. And she has every reason to be elated. She is currently shooting Bramhotsavam, her third film with the iconic Telugu heartthrob Mahesh Babu. Her recent Tamil release Their, opposite Southern star Vijay, has had a resounding success while her next film, 24, opposite another leading star, Suriya, is about to release. The film, based on time travel is a novel concept by director Vikram Kumar who has cast Suriya in three roles. What's more, Suriya also plays a villain for the first time. Post Anjaan, this is Samantha's second film with Suriya and the lady is completely overwhelmed by his performance. 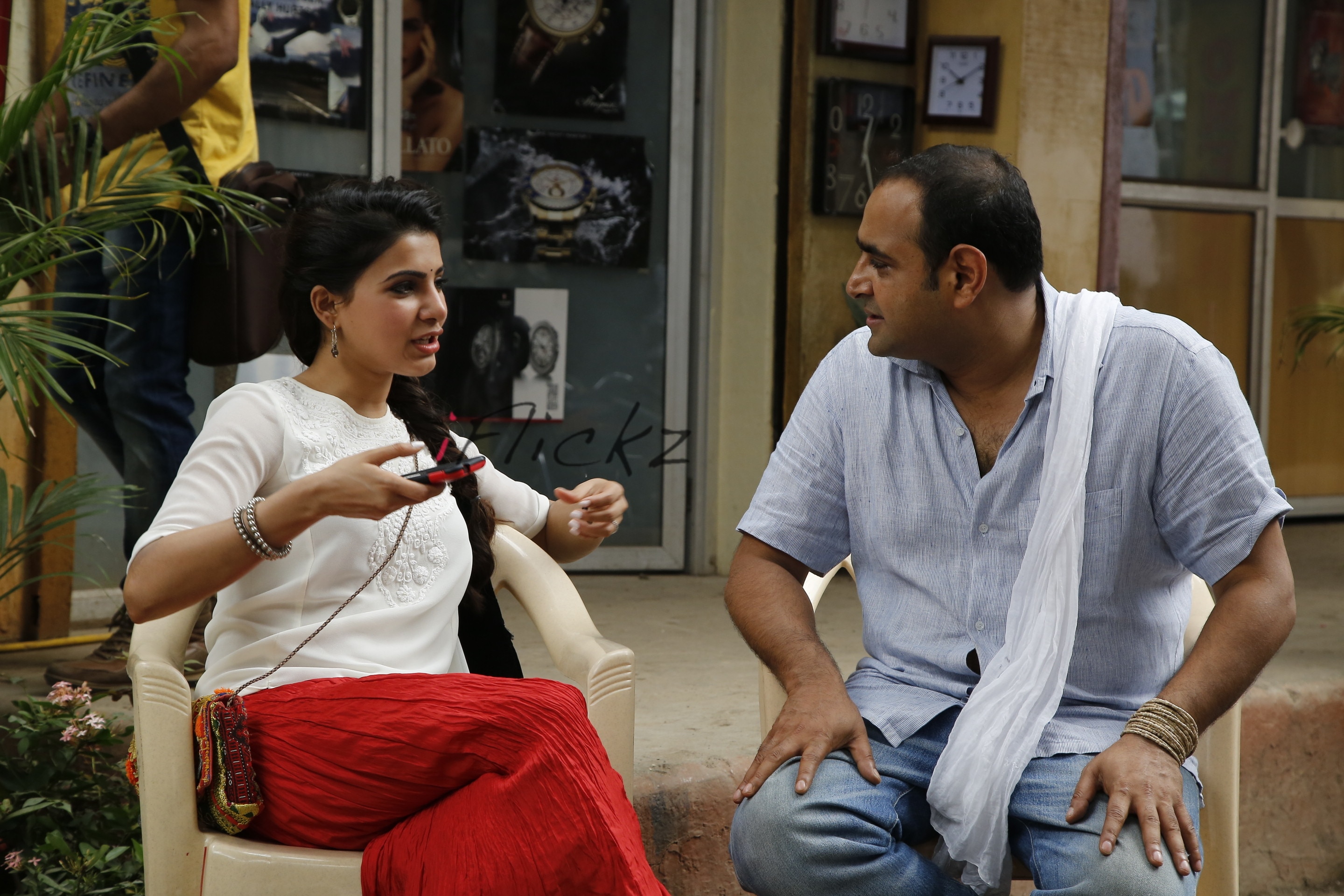 "24 is a special film for several reasons," beamed Samantha. "It's my second film with director Vikram Kumar, after the Telugu hit, Manam. He's a close friend and one person who I would turn to if I was feeling low. So it was great working with him again. When I heard the story of 24, I knew Vikram was taking a big gamble. But his strong point is that he's a very honest storyteller. The child in him is alive and kicking. He's brought on screen, the unusual tale of time travel in a way that's mind -blowing. It doesn't fit into any template and the presentation is a completely novel concept," she said.

"The other most important factor in 24 is Suriya. Even though I knew the script, the way he played the fierce baddie Athreya, was way beyond what I imagined. He actually inspired me by the way he interpreted the character. He has 3 roles in the film. Suriya's name is synonymous with romance so in the morning he would be romancing me, playing a charming guy and by the afternoon shift he would turn into the monstrous Athreya. 24 is a complete showreel of Suriya's talent and will set the bar higher for him and Vikram Kumar," she added. 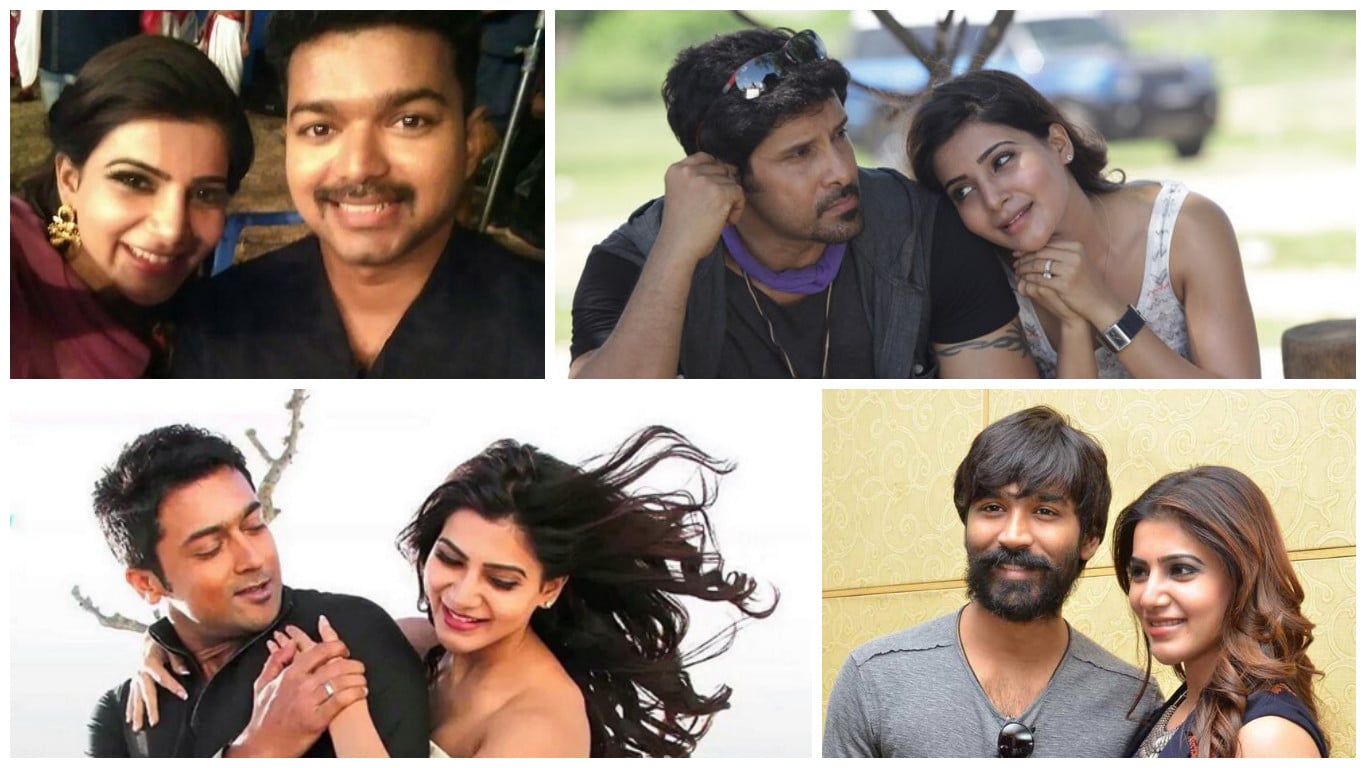 Samantha is among the few heroines who had worked with the biggest stars of Kollywood and Tollywood, like Dhanush, Chiyaan Vikram, Vijay, Suriya and Mahesh Babu. We asked her to describe her impressions of each and she smiled: "Well, Dhanush is multi-talented. I would say, there is nothing he cannot do, right from acting in various languages to turning producer, singing and lyric writing. Vijay, well, he was born to be a star. It was decided by the Gods the minute he was born. He's just getting younger, hotter and classier in every film. On sets, he's totally spontaneous. He doesn't look like he's prepared for anything. But the minute the camera is on, he transforms into a great dancer and actor with incredibly subtle comic timing."

Samantha seems to draw inspiration from Chiyaan Vikram while being in awe of him at the same time, "He is totally unreal with his astonishing energy levels. He's a complete inspiration in the way he looks after himself and eats raw food every day of his life. As a result, his skin is always glowing with health. At work, he knows every little thing that's happening on the sets. He was a great help. In fact, more than the director I was scared of Vikram, and would look for his approval and want to please him after a shot."

As for her 24 co- star Suriya, Samantha gushed, "Suriya has the most intense eyes in India. He can convey a gamut of emotions with just the expression is his smouldering eyes. They speak volumes. His intense eyes light up when he looks at you during a scene. It makes you automatically try to match his performance and push the envelope." Samantha is busy shooting for Bramhotsavam with Mahesh Babu and describing him says, "I'm hoping for a hat trick film with him this time. He's extremely hard working and has a fine eye for detail. I notice that in everything he does, he is very precise." 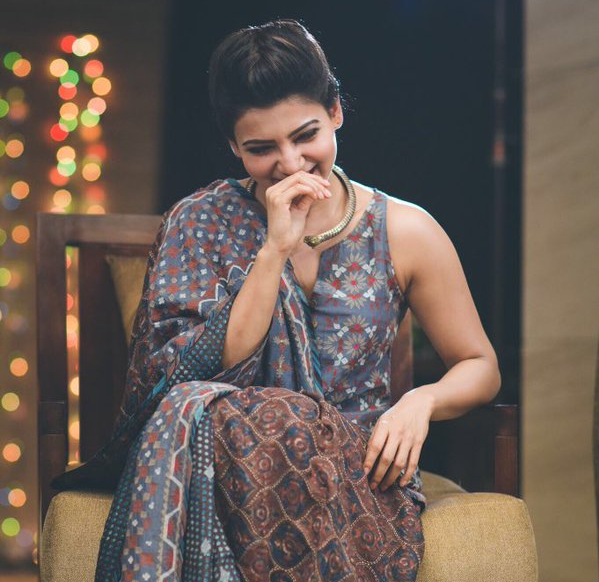 24 , will release on May 6 in Tamil and Telugu, with music by AR Rahman. Samantha turned 29 on Thursday and we wish the gorgeous lady a fabulous birthday.