Supriya Pathak: I'm Doing More Interesting Work Than I Did When I Was Younger

"It's a lovely time and a great opportunity to work with interesting young directors," said Supriya Pathak 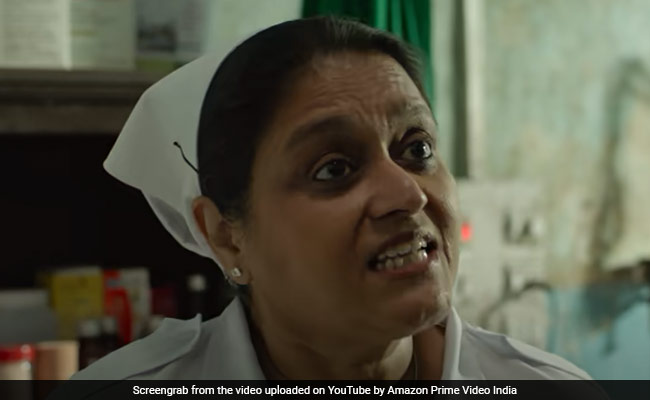 Veteran actor Supriya Pathak Kapur believes she is doing more interesting work than ever before as the new crop of directors keep coming up with great opportunities for artistes like her. Pathak Kapur, who has been a part of the Hindi film industry for over four decades with classics such as Kalyug, Bazaar, Mirch Masala, Shanghai and Wake Up Sid to her credit besides TV shows like Idhar Udhar and Khichdi, said the scope of getting better roles is bigger today.

"It's a lovely time and a great opportunity to work with interesting young directors. I'm doing more interesting work than when I was a young girl. Honestly, growing up has been a boon for me," the actor told PTI in a Zoom interview.

"Even the younger characters these days are pretty interesting. In our times, there used to be just a few of them and we all used to hope to get a chance to play them. Today the scope is much more, the girls of today have a lot more opportunities to play different characters," she added.

Post her successful stint on television as Hansa Praful Parekh of Khichdi, Pathak Kapur moved on to portray different shades of a mother with well-defined characters in films like Wake Up Sid (2008), Ram-Leela (2013) and Tigers (2014) among others.

The 60-year-old actor credited globalisation for bringing significant changes in the Indian society, which has enabled writers to create a "modern, independent" woman with a voice of her own.

"No one would want a sacrificing, sad kind of mother anymore. Mothers in the real world have changed. The attitude I have towards my daughter today is much more modern than my mother (veteran actor Dina Pathak) had towards me, even though she was a very modern and emancipated lady herself."

"In society, the role of the mother has changed, so it has changed in films too. It's an important move forward," she noted.

While there is much more diversity in terms of roles, Pathak Kapur said Indian filmmakers still lack in creating original content and unique characters.

"We are being viewed on a larger canvas. The canvas is not anymore our society or our country or north India-south India. It's now about the world... I believe we are still running behind what has worked. We need to give the audience a lot more variety."

Pathak Kapur, who has previously collaborated with Mehra on the 2009 movie Delhi-6, said her decision to board the project was driven by her desire to work with the filmmaker once again.

"When I worked with him on Delhi-6 I really enjoyed it. We had a great rapport and did a great film. And I really love his work and enjoy watching it. When he offered me Toofaan, I didn't ask any questions."

The actor, however, fell in love with her part of Sister D'Souza, a nurse, soon after the narration.

"She is a link between emotions, she is a kind of a glue. She is an independent woman, who has looked after herself all her life. It's a very positive character."