"Just me, backstage, being a mom," wrote the actress 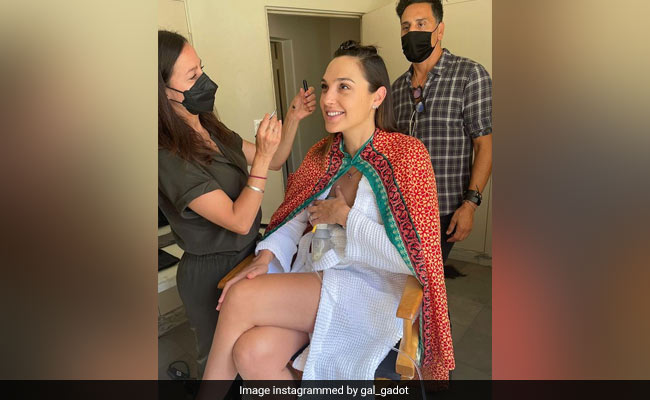 Gal Gadot is a "Wonder Wo-mom," as per her fans and we couldn't agree more. The actress, who welcomed her third daughter with husband Jaron Varsano in June this year, has been garnering whole lot of praise on the Internet for being a "supermom" and sharing pictures of herself pumping her breast milk for her baby while getting ready for a shoot backstage. Gal Gadot, who is best-known to fans of DC cinematic universe as Wonder Woman, can be seen sporting a white robe and a piece of cloth draped around her shoulders while getting her hair and make-up done and simultaneously pumping breast milk in a bottle. "Just me, backstage, being a mom," wrote the actress in the caption. Gal Gadot's friends and fans applauded her for making mom life look so easy, which, we all know, isn't IRL.

Many fans described Gal Gadot as a "supermom" and "great mom" in the comments section. "You go Wonder Wo-Mom!" wrote a user while another commented: "You're goals!!"

Gal Gadot welcomed her baby daughter in June. Sharing a beautiful family photo, the actress wrote: "My sweet family. I couldn't be more grateful and happy (and tired) we are all so excited to welcome Daniella into our family. I'm sending all of you love and health."

The actress' upcoming projects include Death On The Nile, Red Notice and a film in which she will star as Cleopatra.