Sunny Review: A flawless Jayasurya performance needed a far more purposeful and resonant tale for the well-meaning exercise to come together. 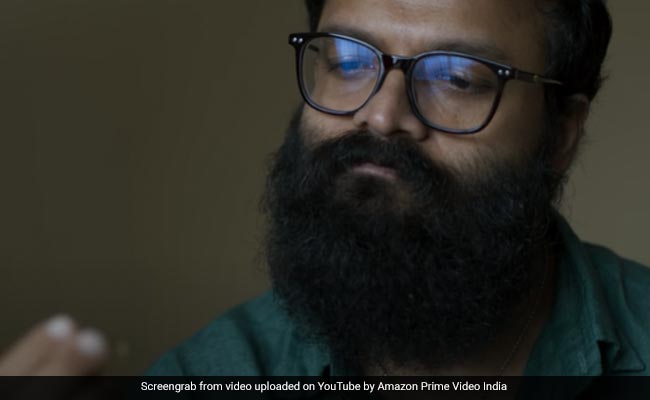 A somewhat self-indulgent exercise that only sporadically springs to life thanks in the main to actor Jayasurya, writer-director Ranjith Sankar's Sunny uses facile, if stylish, means to probe the deleterious effects of pandemic-induced isolation. A few of the sleights hit home. Most don't. Jayasurya, who is also a co-producer of the Malayalam quarantine drama streaming on Amazon Prime Video, plays a one-time musician and failed businessman dealing with a panoply of problems precipitated by Covid-19 and its aftermath. His solo act is impressive.

But unlike the actor's performance, the film does not sparkle all the way through although its spotlight on the emotional and psychological repercussions of forced solitude does illuminate a few bitter truths about human frailties and foibles.

A string of missteps, which includes a sketchily explained decision to turn his back on a promising career as a musician, has landed Sunny where he currently is: in more than a spot of bother. The pandemic has only aggravated matters.

The protagonist, cornered from all sides, is assailed by negative impulses as he struggles to wriggle out, but the need for a mandatory weeklong quarantine on his return to Kerala from Dubai drastically reduces his chances of ducking the ominous clouds hovering over him. Left to his own devices, he broods.

Ranjit Sankar, maker of critically and commercially successful Malayalam films like Passenger, Varsham and Njan Marykutty, is a fine craftsman and an accomplished storyteller. Sunny is unblemished in terms of its technique and texture. The tale, in contrast, isn't that consistent. Parts of it border on the manipulative.

The film has a polished patina. Cinematographer Madhu Neelakandan ekes out visual depth and intriguing angles from the limited space available to him. Unfortunately, no amount of technical finesse can stand in for substance.

The film is dedicated "to 2020, a year spent in solitude". Ranjith Sankar projects the solitary character of Sunny Varkey, a prodigal who has scurried back home after running into trouble in Dubai, as a man buffeted by misfortune on every conceivable front - personal, professional and creative.

His troubles have piled up. From a business partnership that has gone belly up to a music career that has run aground to the extended sulk he sinks into when his attempts to get himself a bottle of Scotch prove futile, the quarantining man has nothing going his way.

But he is a 'hero'. He isn't going to go down merely wallowing in mounting misery. He checks into a luxury hotel overlooking the Kochi backwaters. The cabbie who gives Sunny a ride into town from the airport surmises that his passenger must be a wealthy man who can afford to quarantine himself in five-star comfort. But it soon becomes apparent that, despite his initial bravado, he isn't exactly flush with cash.

Sunny is an intriguing but faltering 90-minute film laced with music and quirky interludes. The one-man show has its moments owing to the consistency Jayasurya brings to bear upon the performance. But the character, seen strictly in the context of his immediate situation and the wider realities of a pandemic-hit world, isn't entirely convincing.

Sunny faces one reverse after another and not all of them are a result of the pandemic or the lockdown necessitated by the public health crisis. His problems, besides the occasional hallucinations triggered by alcohol deprivation (it pushes him, literally and otherwise, to the edge), a persistent cough, and the inevitable psychological cost of being cooped in a hotel suite with only a cellphone for company, are caused by acts that are not directly related to the Coronavirus outbreak.

They stem from past actions. It is just that their cumulative impact peaks as he isolates himself in a spacious suite. To begin with, he drinks himself silly. The bottle is quickly emptied. Covid-19 protocols do not permit delivery of alcohol in the hotel room. He makes desperate calls but to no avail. And then the doorbell rings. Outside his suite is a cyanthillium cinerum (little ironweed) plant, a gift from a doctor "to keep him engaged", which is rather odd given the enforced contactless environment.

Sunny has returned to Kerala after a long absence. One of the first things he does on landing in Kochi is get rid of his passport. The cabbie wonders why. Sunny provides no answer because that has to be left to a critical part of the film to reveal.

Other than brief appearances by the taxi driver and the hotel receptionist who helps him check in, Sunny has a free run of the screen. He holds the fort, reckoning with his own rapidly shifting moods. He frets and fumes as the calamities that befall him snowball into an insurmountable mountain of adversity.

Of course, along the way, there are moments when music, his first love, makes a comeback and boosts his mood or when he engages in small talk with a young lady (whose face we only partly see) quarantined in a room a floor up.

All the other characters in Sunny, including a psychiatrist (Innocent) recommended by a sub-inspector (Vijayraghavan) who calls the hero to ascertain if he has any symptoms, are all 'voices' at the other end of the line. The writer-director ropes in actors he has collaborated with before - Mamta Mohandas, Aju Varghese and Sshivada - and others to lend their voices to the off-screen characters that Sunny engages with.

The protagonist tells one of them on the phone: "Mine is a boring story." Well, his story, which pans out in a limited time frame but encompasses a longer span of experiences, isn't boring per se. Sunny has enough transpiring within and without his confined space to keep the audience invested in his fate.

However, the screenplay's attempt to telescope well-nigh everything that has happened to Sunny since his college days into the purview of his present predicament, if not outright tedious, is a bit of a stretch. He retreats into a bubble of his own making.

A flawless Jayasurya performance and the steady competence of the making needed a far more purposeful and resonant tale for the well-meaning exercise to come together. Sunny loses steam because it prettifies the inner turmoil of a man desperate to break free and get his life back on track.

The film's emphasis on the particular thwarts its bid to embrace the universal in a take on a pandemic that spared nobody. This lacuna robs Sunny of some sheen. But do watch the film for Jayasurya, who excels in what is, in the ultimate analysis, an erratic lockdown-inspired experiment.