Sunny Leone appears to be very protective of Nisha, whom she adopted in July 2017 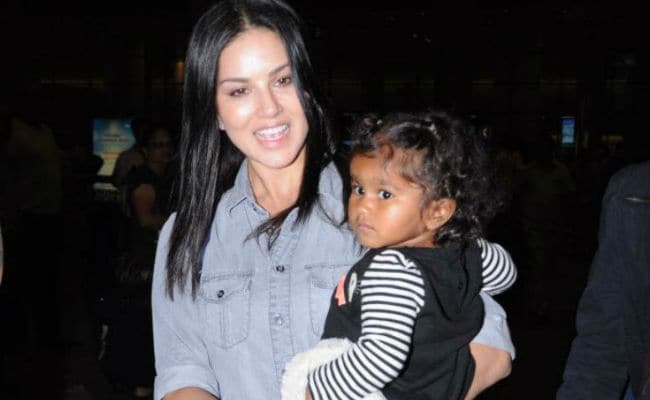 Sunny Leone with Nisha in Mumbai.

New Delhi: Actress Sunny Leone, who adopted baby girl Nisha from an orphanage in Latur, told mid-day how she spends her days with her daughter. Sunny Leone said that Nisha, who was only 21-months-old when she was adopted, is rarely taken to the sets of her projects. The 36-year-old actress also added that she starts her day by spending some time with Nisha before heading to her shoot. "I have been able to spend my mornings with her before heading to shoot. We allow Nisha on the set sometimes. She mingles with people at lunch, and then heads home. Looking at your child is the most beautiful feeling in the world. This is the best phase of my life," Sunny Leone told mid-day.

Sunny Leone and her husband Daniel Weber adopted Nisha in July 2017 but they have refrained from sharing her pictures on social media. This Children's Day post is the only one about Nisha, shared by Daniel (and none by Sunny Leone).

I thought we had the greatest life already !!! Then Nisha came into our world and Sunday was no longer blue !!! I can not even imagine a day without you !!! Happy Children's Day Nisha Kaur !!!

In an interview with Deccan Chronicle, Sunny Leone also said that they will let Nisha know about the adoption and that "nothing will remain a secret for Nisha."

Of maintaining a personal and professional life balance, especially with Nisha, Sunny told mid-day: "I have seen many parents maintain a balance. It is harder in my case, because every day is different. But, once you become a parent, you automatically start strategising your schedule."