'Sunny Leone, What A Life We've Lived So Far', Tweets Her Husband On Biopic Karenjit Kaur

"Sunny Leone, love you forever! So much more to accomplish together still!" Daniel Weber tweeted 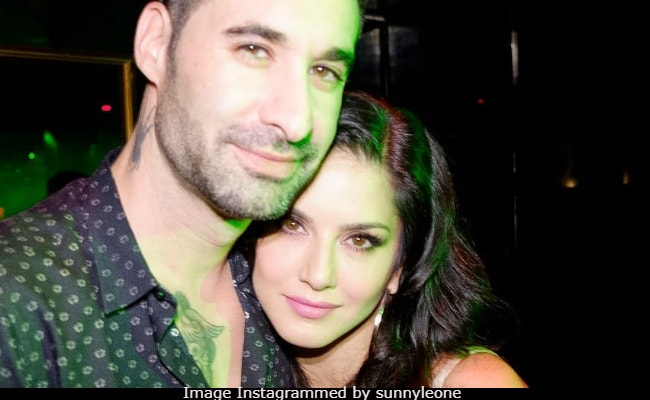 Sunny Leone recently shared a song from her biopic Karenjit Kaur along with a heart-warming note and made her husband Daniel Weber take a trip down the memory lane. The video Sunny tweeted is from her wedding sequence as shown in the series. Daniel Weber doesn't make an appearance in her biopic but the part of her husband is played by actor Marc Buckner. Replying on the video, Daniel tweeted: "There is so much emotion for me watching this video from the Karenjit Kaur biopic. What a life we have lived so far! Sunny Leone, love you forever! So much more to accomplish together still!" Sunny Leone and Daniel Weber have been married for seven years and they are parents to two-year-old Nisha and twin boys Noah and Asher. They adopted Nisha from an orphanage July 2017 while Noah and Asher were born via surrogacy in March 2018.

There is so much emotion for me watching this video from the Karenjit Kaur biopic. What a life we have lived so far !!!! @SunnyLeone love you forever !!! So much more to accomplish together still !! https://t.co/zi8YRqoNPvpic.twitter.com/PfhtoON2GB

Sharing the video, Sunny shared her emotions as she tweeted: "I can't tell you what this song means to me and the emotions of this entire song."

I can't tell you what this song means to me and the emotions of this entire song. Thank you @adidatt for making this my all time favourite song since I have been here in India. @ZEE5India@namahpictures@marcbucknerhttps://t.co/5xm6BODBZ7pic.twitter.com/qyKbPE0gfa

Sunny Leone trended a great deal last month for her powerful post for Humans Of Bombay, in which she documented her experience of working in the adult film industry as a married woman. Talking about her husband, Sunny said: "He's been so considerate and supportive. In fact, because he wasn't comfortable with me working with other men in my adult films, he started working with me and then we started our own company."

Meanwhile, here's how the love story began: "He says it was love at first sight, not for me though... Coincidentally, I was going to New York, where he lived... when he emailed me saying, 'You're never going to give me your number, are you?' Which is when I gave in and he asked me out. I was late for our first date. But like a gentleman, he waited patiently. When I finally reached and we started talking -- there was the violin moment. The whole restaurant disappeared and it was just him and me. We talked for 3 hours non-stop... it was like I'd known him forever," Sunny wrote in the Facebook post.

Karenjit Kaur: The Untold Story Of Sunny Leone is a biopic on the actress, which was made in the form of a series. The first season of the series released in July while the second season is all set to premiere on September 18 on ZEE5.