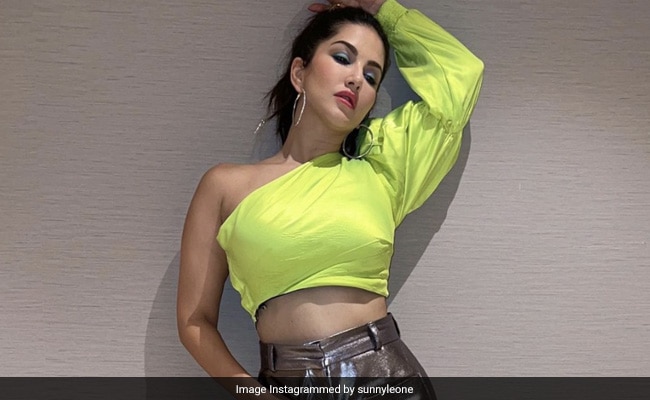 The beginning of the year is all about positivity and good vibes. It is also about all things fun, going by Sunny Leone's New Year pictures. The stunner rang in the new year in Goa looking gorgeous as ever. Sunny Leone posted two pictures of herself on Instagram and treated us to her New Year party look. All eyes were on her as she made a striking appearance in a neon one-shoulder top paired with metallic silver pants. Sunny Leone captioned her picture saying, "Super fun night in Goa." As expected, fans of the star made a beeline to the comments section to compliment the actress.

Sunny Leone clearly had a lovely time as she bid goodbye to 2021. Ahead of a party, Sunny Leone posted a set of pictures dressed in a colourful ensemble. In the caption, she wrote, “On my way to a night full of fun!”

And before she headed to the party, Sunny Leone also treated her fans to a little happy dance. Sharing the clip, Sunny wrote, “Time to go have some fun. This is my happy dance. What's yours?” asking her fans to join the fun.

Even on Christmas, Sunny Leone was a beacon of positivity as she danced with her friend, YouTuber Anisha Dixit. The actress posted a video that features the duo dancing to All I Want For Christmas Is You.

On Halloween too, last year, Sunny Leone shared a picture with her husband Daniel Weber and their kids Nisha, Asher and Noah. However, what made the post more special were their outfits. Explaining who was who in the caption, she wrote, “We are the Webers and friends! Happy Halloween! Daniel - Joker, Nisha - Raya, Asher - Blippi, Noah - Skeleton and Me - Mad Hatter.”