Halloween 2021 With The Webers: Sunny Leone Shares Pics With Family

Sunny Leone and family are giving us major goals 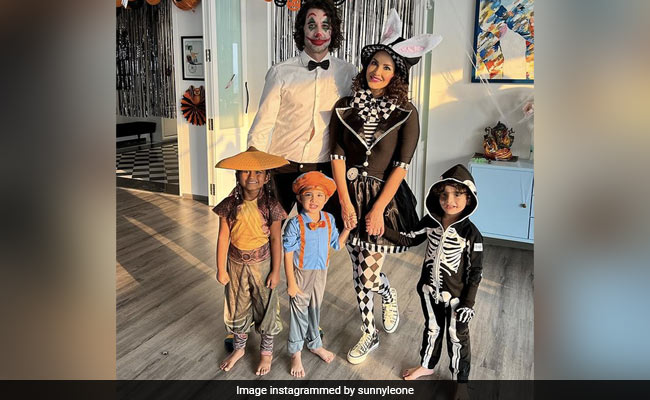 Sunny Leone and her family's Halloween looks for this year were 0% spooky and 100% adorable. The actress, like every year, shared pictures from Halloween celebrations with husband Daniel Weber and their kids Nisha, Asher and Noah. The actress even explained who was who in the caption. There were some major pop culture influences. She captioned the post: "We are the Webers and friends! Happy Halloween! Daniel - Joker, Nisha - Raya, Asher - Blippi, Noah - Skeleton and Me - Mad hatter." All we have to say is that this sure makes for a super cute family." The pictures got a whole lot of love with Sunny's Instafam.

Take a look at the Webers' Halloween looks here:

A closer look at Sunny Leone's OOTD. She captioned the post: "Happy Halloween! Part 1." See what the actress posted:

The actress married Daniel Weber on January 20, 2011. The couple adopted their daughter Nisha from an orphanage in Maharashtra. They also welcomed Noah and Asher into their lives in 2018. They were born via surrogacy.