Sunny Leone Is Driving On "Wrong Side Of The Road" In This Clip Because... 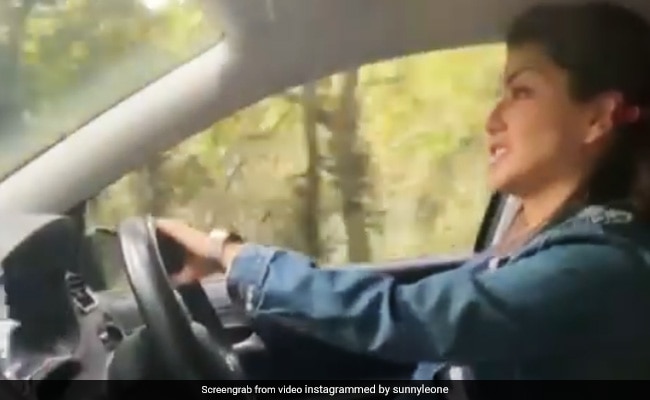 Film shoots have been halted in various parts of the country due to the COVID-19 pandemic. Most celebrities are back home, indulging in hobbies to keep themselves occupied. But not Sunny Leone. The actress is all about her work as is evident from her Instagram feed. Sunny is currently not in Mumbai but is stationed in Kerala to shoot for her upcoming film, 'Shero'. In her latest Instagram post, the actress shared a behind-the-scenes video from the sets of the film. In the video, she is seen prepping for a car chase sequence for the movie.

The 39-year-old who is in the driver's seat talked about the right and wrong side of the road while driving. She said that it can get confusing if you drive in multiple countries. For instance, the right side of the road in India is the wrong side in the USA. "It feels weird," she said. Sunny captioned the clip as, "Who even needs to learn how to drive properly. Prepping for chase sequence for #shero."

Sunny Leone also shared that the change in the sides of driving lanes makes her unduly apprehensive that someone may run into her. She is also seen struggling to find space to make a U-turn while driving along a narrow lane.

In addition to Shero, Sunny Leone will also be seen in the action series, 'Anamika'. The series is being directed by Vikram Bhatt.